With an average speed of just 190 kph (118 mph), the Hungaroring is the slowest permanent circuit on the Formula One calendar. The track has 14 corners and few straights, which puts increased emphasis on downforce and mechanical grip. Likened to Monaco or a full-sized karting circuit, the Hungaroring offers few overtaking opportunities, meaning qualifying is of utmost importance. But if not at the front, drivers can attempt to emulate Jenson Button’s performance in the 2006 Hungarian Grand Prix where he drove from 14th to first. In today’s era, that kind of tenacity needs to be aided by tire strategy, for it is a key cog in a driver’s upward climb.

Tire management is a crucial part of that strategy as the Hungaroring is incredibly tough on tires. Typically, hot weather combined with a high amount of traction, braking and lateral energy demands work the tires and the driver hard. However, these forces are all relatively equal, meaning a neutral setup is required. An extreme level of fitness is required for the drivers, who are seemingly always turning the wheel amid high temperatures with scant amounts of air flowing through the car. 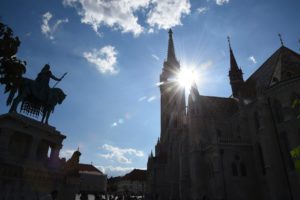 History lesson: The Hungarian Grand Prix has been a permanent fixture on the Formula 1 calendar since 1986; as a result, the Hungaroring is the 10th track in history to host more than 30 Grands prix. The circuit was constructed in just nine months prior to its inaugural race and despite being F1’s slowest permanent venue, the drivers relish its challenges. During construction of the Hungaroring in 1985, a spring was discovered just after turn three. Engineers were forced to add a chicane, diverting the track’s layout around the spring. The first three Hungarian Grands Prix were run on this configuration before engineers developed a culvert for the stream in 1989, allowing a direct route between turns three and four. 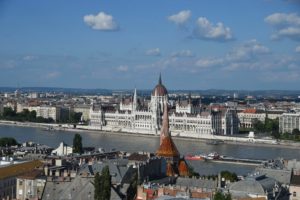 How far? The Hungaroring is 900 miles (1,448km) from the McLaren Technology Centre

Getting there Flights from London to Budapest are plentiful and the movement of team personnel mirrors the schedule of other European events. The pre-set up crew arrives on the Monday of race week; the mechanics arrive on Wednesday morning and the engineers on Wednesday afternoon

Surprising fact More than 200,000 people watched the inaugural Hungarian Grand Prix in 1986. This is a good track for spectators because it’s built in a bowl, meaning it’s possible to see 50 per cent of the circuit from most vantage points

Local speciality Hungarians are passionate about stews, breads and pastries. However, the dish that symbolises Hungarian cuisine is goulash soup – a meat stew, usually beef, mixed with potatoes, onions, carrots and spices. A word of advice from local chefs: don’t use flour to thicken the soup if it’s too watery

Weather Temperatures in mid-summer are very warm in Budapest. Last weekend the ambient temperature peaked at 35 degrees Celsius and there doesn’t look like being much respite over the grand prix weekend

Tyre choice Red Supersoft, yellow Soft and white Medium – the fifth time this combination has been used in 2017

Full throttle 55 per cent (highest of the season: Monza, 75 per cent)

Brakewear Low. Turn One is a heavy braking point, but only 14 per cent of the lap is on the brakes

Fuel consumption 1.5kg per lap, which is low

ERS demands Medium. There are few heavy braking zones in which to harvest kinetic energy 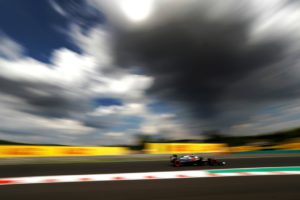 Grid advantage Pole position is on the left side of the track, on the racing line. Given the dust and dirt off-line, this usually provides a significant advantage in the long run to Turn One

DRS There are two DRS zones, on the approaches to Turns One and Two

Don’t put the kettle on… The top 10 finishers made two pit stops in 2016, although not everyone followed the same compound strategy. Kimi Raikkonen, who’d qualified 14th, started on the Soft tyre and then completed two stints on the Supersoft rubber; everyone else did the opposite – one stint on Supersofts and two on Softs. With overtaking so difficult, and this year’s tyre compounds that much more durable, will teams try for one pit stop, on about lap 30?

Safety Car likelihood 10 per cent, which is very low. The low-speed nature of the track means accidents are usually low-speed, with little debris

Watch out for… Turn Four, the most demanding corner on the lap. Sixth gear at 225km/h/140mph and has a blind, uphill entry. Commitment from the driver and a strong front axle are pre-requisites to keeping your boot on the throttle

Hungary’s Zsolt Baumgartner made his #F1 debut at the Hungaroring but what was the year? ?? BIG QUIZ >> https://t.co/0selypzJNX #HungarianGP pic.twitter.com/b0BhSgvTEX

I am going to give it my all in Australia, Tanak says