The European Car of the Year jury comprises 60 motoring journalists from 23 countries. The award recognises technical innovation, design, performance, efficiency as well as value for money.

“For our first electric vehicle to also be the first Jaguar to win European Car of the Year gives us a huge sense of pride. I-PACE was designed and engineered in the UK from a clean sheet of paper. It is the most technologically advanced battery electric vehicle. It’s a true game-changer. Winning European Car of the Year is an honour and real recognition of what our world-class team has delivered”, said CEO Ralph Speth.

Designed and developed in the UK, the Jaguar I-PACE has had profound sales success globally

Nothing else on the road looks or drives like the I-PACE. It takes full advantage of its electric powertrain and bespoke aluminium architecture, offering sports car performance and SUV practicality.

Charging is easy for customers using the Jaguar public charging service. Access to it is via a special app or using an RFID key. There are tailor-made charging packages and tariffs appearing into a simple monthly bill. All of that gives I-PACE customers access to more than 85,000 charging points throughout Europe.

The I-PACE has received 55 awards worldwide since its launch a year ago. These include German, Norwegian and UK Car of the Year. I-PACE received China Green Car of the Year as well as Autobest’s ECOBEST Award. 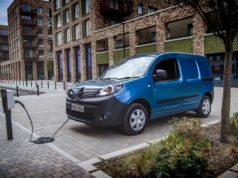 Petrucci: I honestly had the potential to finish on the podium