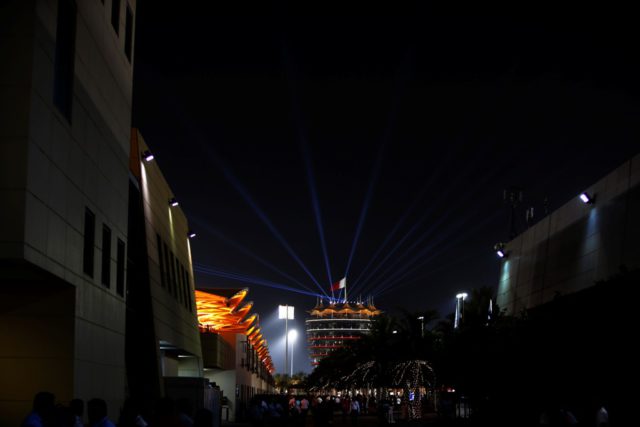 The Bahrain Grand prix is the second round of the 2019 Formula One World Championship.

DYK? Although alcoholic beverages are legal in Bahrain, drivers do not spray the traditional champagne on the podium. Instead, race organizers provide drivers with Waard, a non-alcoholic drink made from rosewater and pomegranate.

It is one of only three races that rely on artificial light. It is a track that has produced some tense strategic battles in the past, over a challenging circuit. The three hardest compounds in Pirelli’s range (C1, C2 and C3) make up the hard, medium and soft nominations respectively – coloured white, yellow and red as usual this year. 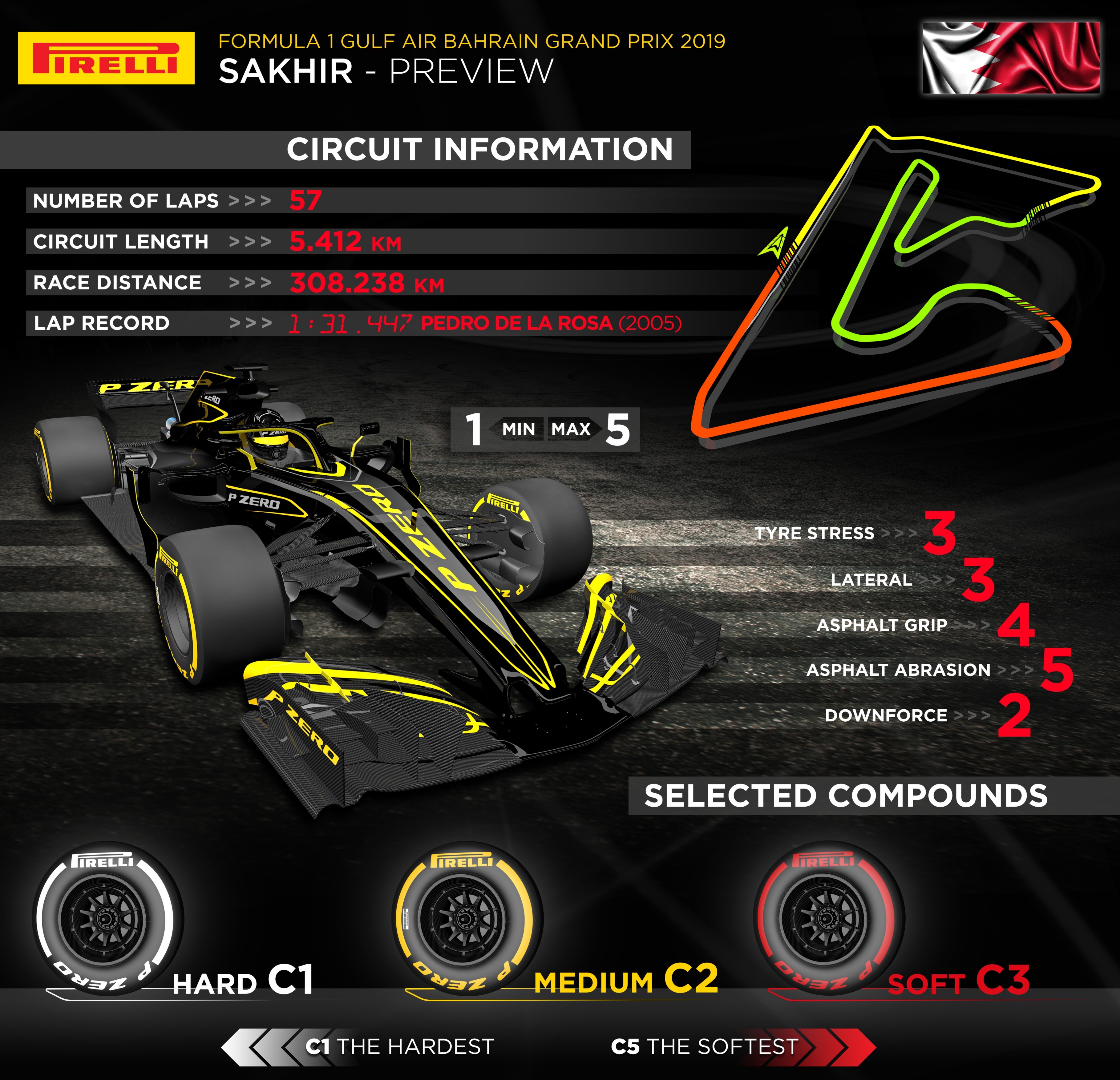 “We have seen some exciting tactical battles previously in Bahrain, notably last year, and hopefully there is even more potential for that this year. The C1 and C2 compounds that are the hard and medium choices this weekend are actually a little softer than the hard and medium tyres last year, which should make them even more well suited to the track. Although the key to Bahrain is managing the rear tyres, not many teams have chosen an extra set of the hard compound. As always, the challenge consists of dealing with the traction demands on a variable track with falling temperatures, as well as the roughest asphalt of the year”. 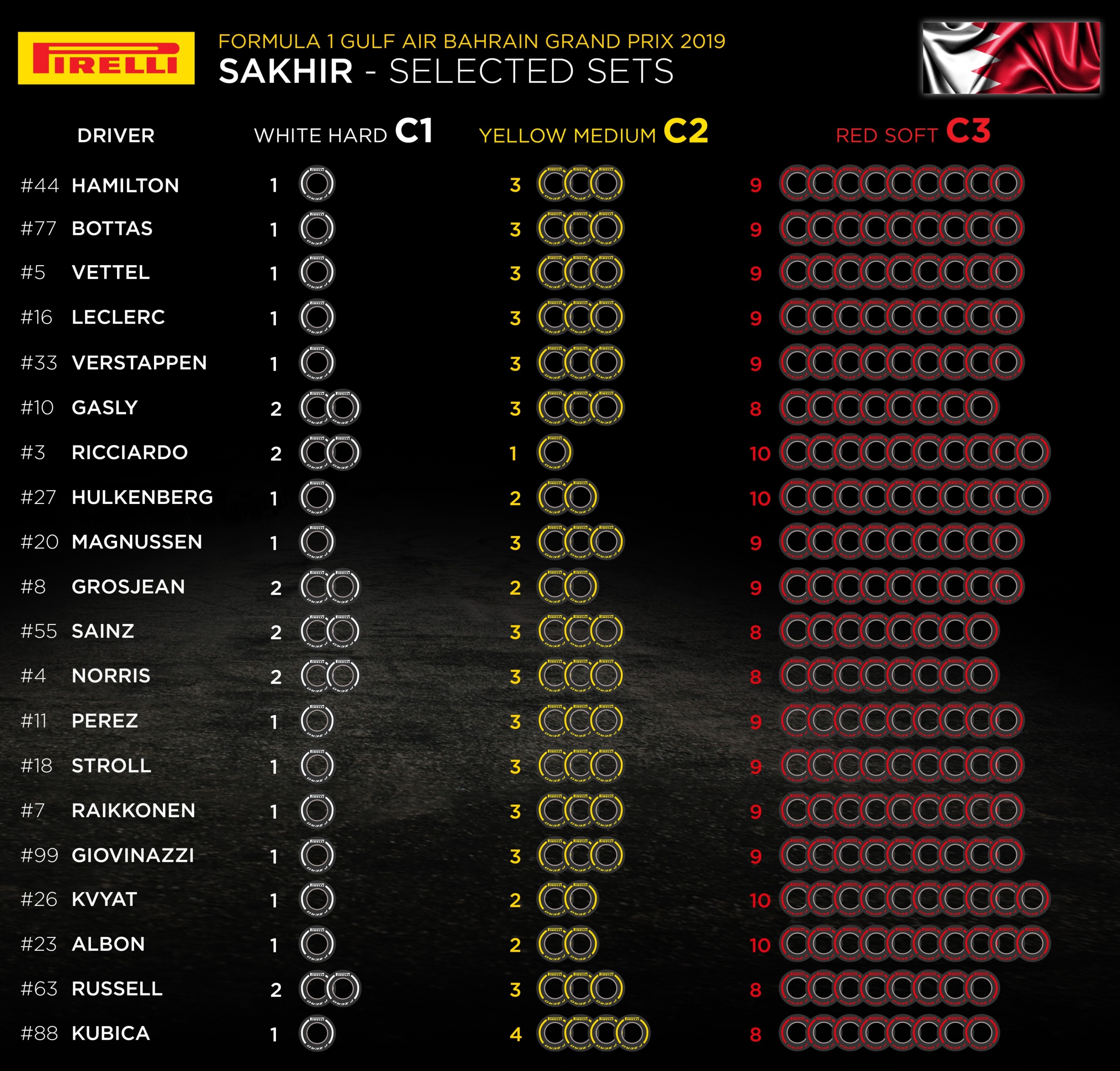 Slippery asphalt, changeable weather, a crazy mix of stages, and around 1500 different types...