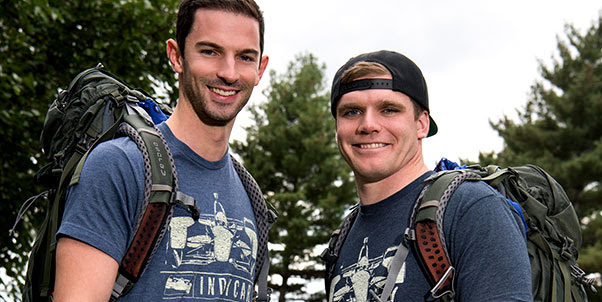 Verizon IndyCar Series drivers Alexander Rossi and Conor Daly know a lot more about what happens in the 30th season of CBS’ “The Amazing Race” than they will divulge.

That’s because Rossi and Daly are sworn to secrecy. Especially when it comes to details surrounding their performance as one of 11 teams competing for a $1 million prize. Anyone who wants to know what happens to them on the long-running show needs to tune in. The premiere gave the start of an unusual adventure for both drivers.

The Emmy Award-winning reality series is hosted by New Zealander Phil Keoghan. It takes the two-person teams around the world as they compete in a series of challenges, some mental and some physical. And only when the tasks are complete do they learn about their next location. Teams farthest behind are gradually eliminated. The first team to arrive at the show’s final destination wins “The Amazing Race”.

The show’s social media accounts have offered a few clues about how Season 30, which was taped for several weeks last fall, progresses. So far, we know that the teams kicked the competition off in New York City and then headed to Iceland.

Although Daly and Rossi are keeping mum about the outcome, they say they had a great time. And they are hoping the show helps create new IndyCar fans. Fellow driver James Hinchcliffe did that in 2016 when he and partner Sharna Burgess finished runners-up on ABC’s “Dancing with the Stars”.

“There are probably people who watch “The Amazing Race” that have never seen an IndyCar race”, said Daly. “I think we’ll probably open ourselves up to a different fan base”.

Viewers will see funny moments between Daly and Rossi and get to know 2016 Indianapolis 500 winner Rossi better, according to his teammate.

The drivers caught the show premiere in Los Angeles at a private watch party. They were with two other Season 30 cast members – Cody Nickson and Jessica Graf of “Big Brother” fame. “The Amazing Race” airs Wednesdays on CBS. The Verizon IndyCar Series kicks off its 2018 season with the Firestone Grand Prix of St. Petersburg on March 11.

Bruno Mars and Britney Spears headliners for the 2018 USGP