The first 2019 Formula 1 pre-season test took place this week at the Catalunya circuit. Different teams were fastest during the sessions. Ferrari took the first place twice – with Sebastian Vettel on the first day and with Charles Leclerc on the second. Daniil Kvyat with Toro Rosso was at the top on Wednesday. On the last day, Nico Hulkenberg with Renault gave the fastest time.

Teams were working on different programs as this was the first chance to check the new 2019 cars on circuit. Williams missed the first two test days but managed to get its FW42 on track.

After the test, Pirelli reported its tyres performed according to the supplier’s expectations

“It’s still early days, but so far the tyres seem to be performing largely as we expected. [There’s] a performance gap of around 0.6 to 0.7 seconds between each compound. In more detail, it’s something around 0.6 seconds between C2 and C3 so far. And roughly the same gap between C3 and C4. They were the most used tyres in this session”, Head of F1 and Car Racing Mario Isola said.

“Due to the cool conditions this week, there was a bit of graining as expected. It should disappear when temperatures become warmer during the actual season. As far as testing goes, there are many variables that need to be taken into account when it comes to making comparisons with previous years here.”

“There are new 2019 regulations with different aerodynamics and heavier cars. And we’ve also noted that the track surface in Barcelona has matured since last year. It is more abrasive and offers more mechanical grip. Having said that, we’ve seen a very impressive level of reliability and performance from the cars so far, helped by generally favourable weather. As usual, the emphasis during the first test tends to be on reliability and validation. Next week we should see the teams focus more on performance and explore the full capabilities of the 2019 P Zero Formula 1 range.” 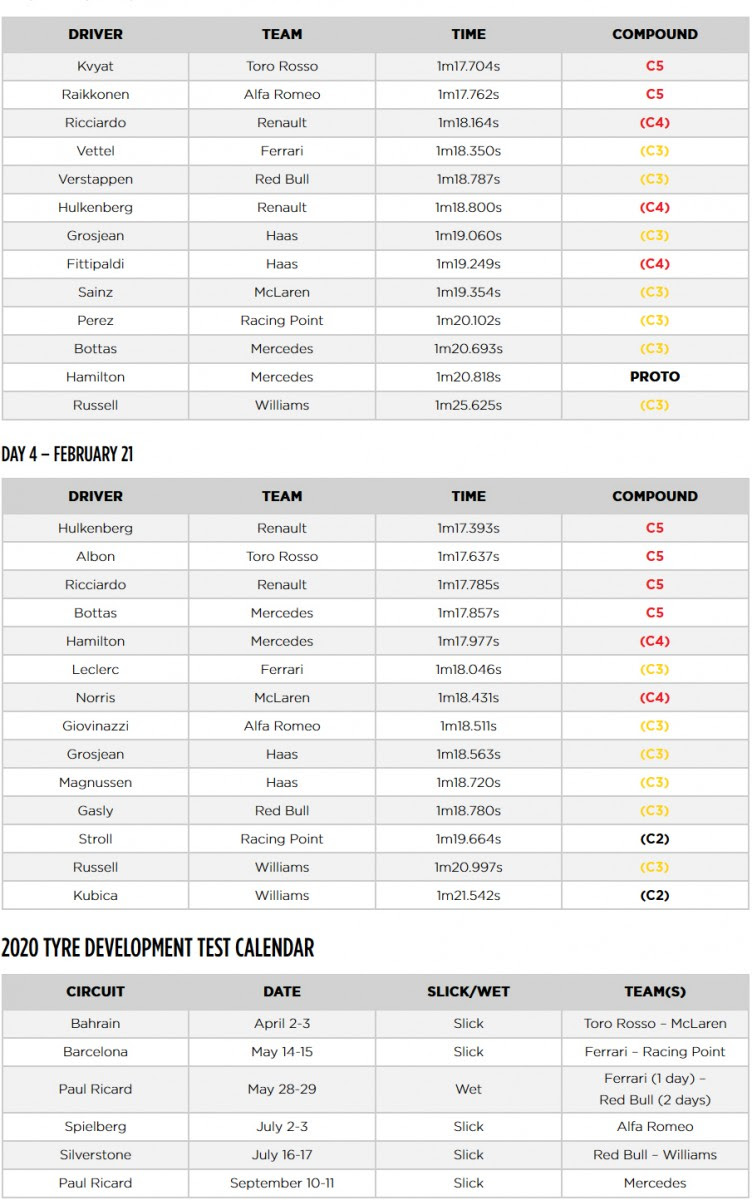 Takuma Sato: I do feel after 2012 I really needed to correct something

We thought we could win both titles but it was not possible, Alain Prost...