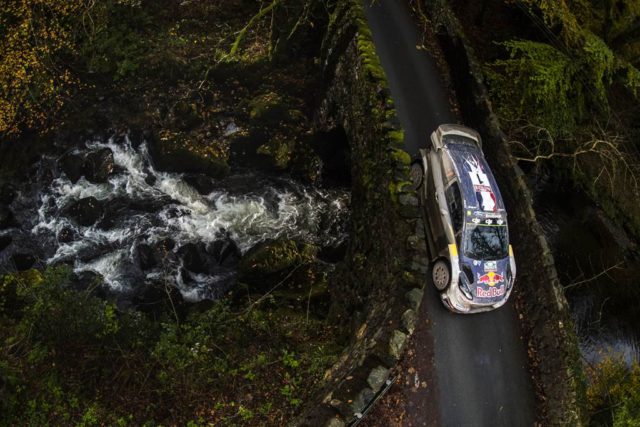 M-Sport Ford’s fleet of EcoBoost-powered Ford Fiesta WRCs will be chasing a strong result when the FIA World Rally Championship ventures to the team’s home event this week while Sebastien Ogier continues his fight for the title.

To best prepare for Wales Rally GB’s notoriously challenging stages, the team completed four days of testing. The test took place both at home in Cumbria as well as on-location in the Welsh forests. This week the event’s past five winners will all be behind the wheel of the Fiesta. That is why the team have high hopes of once again challenging for victory.

Last year’s victory was particularly special as the Welsh fixture played host to an incredible weekend for the Cumbrian squad who secured the win as well as the FIA World Rally Championships for Manufacturers, Drivers and Co-drivers.

No one can win the Championships on Welsh soil this year. But the victory will be hotly contested and could well prove pivotal as the season draws to a close.

“Nothing will ever top last year when we secured all three titles as well as the rally win. But we are aiming to be in the fight for another victory this year”, Team Principal Malcolm Wilson said.

“Both Sébastien [Ogier] and Elfyn [Evans] know what it takes to stand on the top step of the podium in Wales. Sébastien has won this event four times. And Elfyn not only grew up on these roads but also made history when he won the event last year – the first Welsh driver to ever do so at this level.”

“This will be Teemu [Suninen]’s first time here in a world rally car and there will be a lot to learn. But time after time he proves what a quick learner he is. And I wouldn’t be surprised if he sprung another surprise or two this weekend.”

Sébastien Ogier and Julien Ingrassia are no strangers to the taste of champagne, and especially not in Wales where the World Champions have four victories to their name (2013, 2014, 2015 and 2016). The pairing will be looking to challenge for victory once again this weekend while fighting an intense three-way battle for a sixth title.

“Wales Rally GB is one of the classics and an event that everyone wants to win. The stages are steeped in motorsport history and the early starts and late finishes make it a true test of focus and endurance.”

“Win in Wales, and you know that you have mastered the challenge”, Ogier said

“It’s one of the most challenging rallies on the calendar and there is a real art to judging the grip through the forests. The demanding weather conditions can take a bit of getting used to. But we could see a dry rally this year which would be interesting for sure!”

“This time 12 months ago, the Welsh forests played host to an incredible story as we claimed all three championships with Malcolm and his team. The title fight could not be closer this year, but the team can rest assured that we will give our very best in pursuit of the strongest possible result to keep our championship hopes alive!”

HRH The Duke of Cambridge on a visit at McLaren Automotive