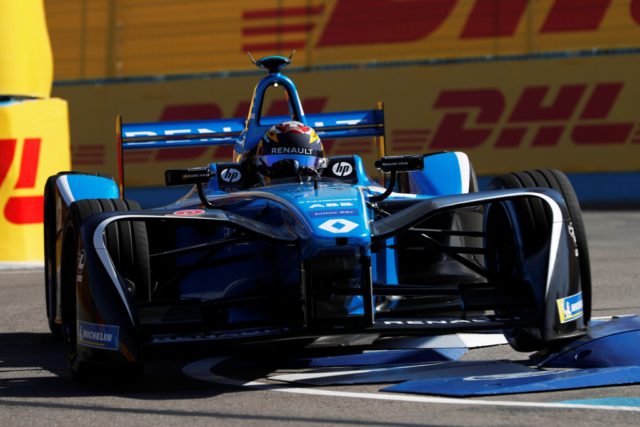 The Punta del Este ePrix brought down the curtain on the South American part of the FIA Formula E Championship, but the Renault e.dams team didn’t meet with much success as only Nicolas Prost saw the chequered flag although he failed to score points. 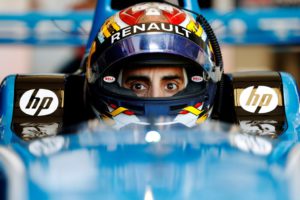 He continued where he’d left off by showing his mastery of the circuit laid out beside the Atlantic ocean by setting the fastest time in free practice 1. But he failed to qualify for the SuperPole shootout and started the race in sixth place on the grid.

After losing two places at the start, the Swiss showed his fighting spirit by overtaking Sam Bird and André Lotterer just before the race was neutralised behind the safety car. On the restart, Seb tried to get past Daniel Abt but damaged a rear wheel as he skimmed the wall.

He was forced to stop to change cars long before his rivals and he rejoined hoping that race incidents would enable him to save enough energy to reach the finish. He decided not to use the fan boost, which he’d again been awarded by his many fans. His efforts failed to meet with success and he pitted and retired eight laps before the chequered flag fell.

“It was a bad day for me and I’m feeling very sorry for the team”, Buemi said. “By clipping the wall I ruined our chances of a podium finish. We had a good enough car to achieve such a result as I was in front of Bird who finished third. Obviously, I’m disappointed, but you can’t rerun the race and now we have to look to the next one. Although it wasn’t perhaps obvious in qualifying I think we were quick enough; that’s the positive aspect I’ll take away with me.” 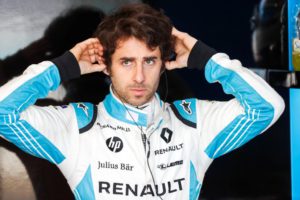 This forced him to play a waiting game and he did a great job making the most of the energy in his first car and was the last driver to stop. He purged a 10-second penalty for a battery change before rejoining. He never gave up and kept pushing hard until the chequered flag finishing in 15th place.

“My day was compromised in qualifying. The overall level of the championship is so high that you just have to take risks. I was on a good lap pushing hard, but I had a slight off and that was that. From that moment on it looked like I was going to have a tricky race. We had a good car that was capable of fighting at the front. I was really hoping for a lot more than this result”, Prost explained.

Despite not scoring any points Sébastien Buemi is still in fourth place in the drivers’ championship, while Renault e.dams’ fifth place in the teams’ ratings remains unchanged

“The result was all the more disappointing as we’d won the two races held here in the previous seasons”, co-owner of the team Jean-Paul Driot added.

“We weren’t able to transform the speed we showed in free practice into concrete results. Our performance in qualifying was poor, especially Nico’s off that compromised his race. Seb had the potential to get into in the SuperPole; it was a close-run thing. Although he set a good pace in the early stages of the race he made a slight error when trying to get past Abt on the dirty side of the track. This had serious consequences as he had to come in early to change his car. Without another deployment of the safety car, he couldn’t have made it to the finish.”

“Our blank scorecard is disappointing as we could have bagged a big haul of points. That’s part of motorsport and we’re determined to show our capacity to fight back at the next race.”

Ricciardo aims a podium at Catalunya

Felipe Massa announced his retirement from Formula One