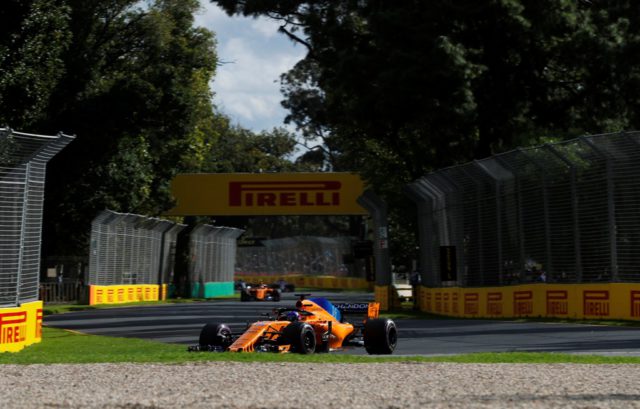 McLaren had an encouraging inaugural race of the season for the team and its new relationship with Renault. Drivers Fernando Alonso and Stoffel Vandoorne benefitted from a couple of retirements further up the field, but they kept their heads down, stayed out of trouble, and enjoyed a clean race to cross the line in fifth and ninth positions respectively – a double points finish and a positive start to the season for the whole team. 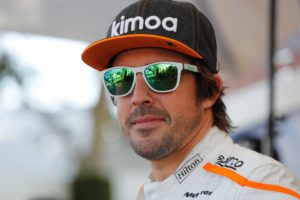 “It was a good race, especially considering where we started”, Alonso commented. “The last couple of years have been difficult, and I think the winter has been difficult as well. We switched to the Renault engine quite late and the team had to react very quickly to redesign some of the parts at the rear end. And now we’ve come here and both cars have scored points – one in the top five.”

“We should be proud of that, but I think there’s a lot more to come from McLaren. We didn’t maximise the full potential nor squeeze everything out of the package. This is only our first race together with Renault, and some updates will come in the next few races. We can start to look ahead a little bit and Red Bull will be the next target. As I said before, this race is probably our lowest performance of this season as things are going to get better and better.”

“Obviously, we got lucky with the two Haas cars retiring, Carlos’ [Sainz] problem in turn nine, and then overtaking [Max] Verstappen under the Safety Car. Let’s say four positions came thanks to some favourable conditions, but we made no mistakes and we capitalised on everything. A perfect job from the team.”

Good start for us with double points. More performance to be unlock. Thanks Australia. #mclaren #f1 #14 #melbourne #ausGP pic.twitter.com/RpbkiwLzyG

Alonso: “We can start to look ahead a little bit and Red Bull will be the next target. As I said before, this race is probably our lowest performance of this season as things are going to get better and better” 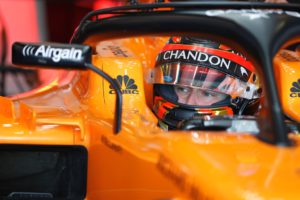 Vandoorne also stated it was a great result for the team and a big contrast from last year.

“And I think there’s massive potential for the future. From my side, I was a little bit unlucky with the Virtual Safety Car, as I think we could have finished even higher up, but for the opening race, I think we can be very happy. I’m very optimistic for the rest of the year. We know there is more to come from us this season, and the partnership with Renault is still very new. This was our first race, we know that there are new parts coming over the next couple of grands prix, and I really hope we can show that on track too. The baseline is good, we have something to work with and now we need to keep improving and deliver more performance, and ultimately points”, the Belgian driver explained.

“Our performance in the race was pretty good – we were fighting with the Renault and Red Bull cars which is positive, and we think there is definitely some margin for progression. It’s a great start to the season, and after this race, I feel there’s a lot of potential for the future. We need to be ambitious as a team, and I’m looking forward to seeing what’s around the corner.”

Hulkenberg: On a whole, 2018 has been a good building year