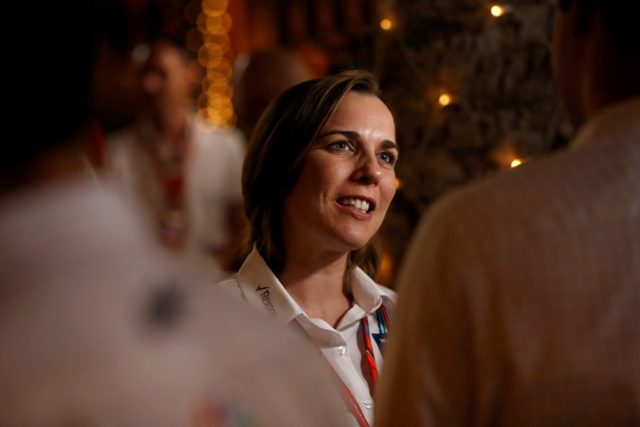 Claire Williams, daughter of Sir Frank Williams, gave birth to a baby boy today. The Williams team, founded by her father, announced the news through its Twitter account. The boy’s name is Nathanial (Nate) Louis Harris.

Claire stopped travelling a while ago – after the Italian Grand prix. In the meantime, the team announced her engagement to the baby’s father Marc Harris, who is Lance Stroll’s agent.

She explained in an interview with Financial Times in August that the plan is to take three months maternity and after that to return to her work.

The Williams team celebrates in 2017 40 years since Sir Frank Williams founded it. It has 9 Constructors’ and 7 Drivers’ titles in the Formula 1 World Championship.

Congratulations Claire and Marc! We are delighted to announce the birth of Nathanial (Nate) Louis Harris, born at 1030am this morning.

There were a couple more motorsport babies in the last few days. First, two-time MotoGP world champion Casey Stoner presented his daughter Caleya Maria. She is his second child – Casey has another daughter with wife Adriana, Alessandra Maria, who was born in February 2012.

Then endurance driver James Calado also announced the birth of his daughter – Aurelia.

I would like to introduce our Daughter Aurelia Calado. Born this morning at 12:48, weighing in at 3.4kg. Mum and baby doing very well ? pic.twitter.com/cxxqmLGPHx