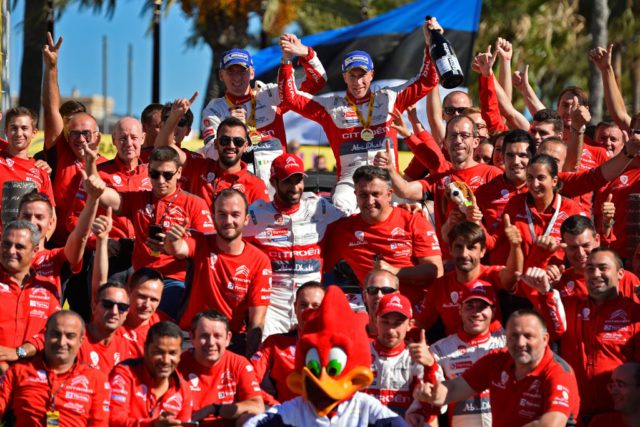 With Kris Meeke/Paul Nagle’s win and the sixth place secured by Stéphane Lefebvre/Gabin Moreau, the Citroen WRT enjoyed its best weekend since the start of the year. On the season’s only mixed-surface rally, the team led by Yves Matton was able to demonstrate the potential of the C3 WRC on all surfaces and prove the value of all the hard work undertaken in recent months.

How did you put together this win?

“After recce, we thought that cleaning would have a major influence on the standings during the gravel leg. We were, therefore, ready to seize the opportunity offered by the favourable starting positions of our cars. In the end, the roads didn’t clean as much as expected and no one managed to open up any big gaps. At the end of day one, about half a dozen crews were in contention for the win, with very narrow gaps between them.”

“When the rally switched to tarmac, Kris immediately took control of proceedings. In the space of two stages, he established a small lead, which he was then able to manage. The last morning, he wasn’t pushing especially hard but he just kept racking up the stage wins, on a surface that was particularly well-suited to the C3 WRC. I think this is an accomplished and significant win because it was obtained with complete and utter control, on two different types of surface and at a rally where the fight for the title was at its height.”

Within the team, what was Kris Meeke’s approach?

“Given his domination, his victory may appear straightforward, but it was anything but! In a word, I’d say that his approach was all about being calm and relaxed. Throughout the weekend, he barely looked at his times or those of his rivals. He just drove based on his feeling. And that’s when he is at his best. He drove quickly in order to stay focussed, whilst holding back a little on the trickiest sections. He managed to get the balance just right. No one had ever doubted his speed or his ability to be the leader of a team.” 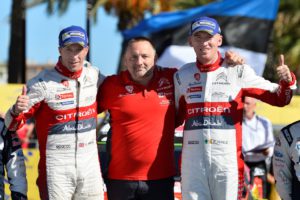 This result must be a serious boost for the team’s confidence?

“Indeed, we certainly needed a result like this to confirm the way in which we had begun to turn things around at Rallye Deutschland. This win highlights the good work that everyone has done and confirmed that the decisions that I took at the end of the spring were well-founded and warranted. Despite our constraints and the time needed to adapt to new working methods, we have shown that we were capable of reacting and that Citroen Racing remains one the leading teams in the World Rally Championship. The reliability and strength of the cars have also been excellent.”

What is your take on the sixth place of Stéphane Lefebvre?

“It’s another source of satisfaction. Stéphane hadn’t taken part in the last two WRC rallies and he didn’t have much experience in Catalonia. His job wasn’t made any easier by the switch from gravel to tarmac, which resets all your bearings. Given the conditions, he delivered a strong performance, without making any mistakes and consistently improving his times between each pass. This result, combined with the top-five finish he secured in Poland, confirms that he is on the right track. He’s young, and needs time to gain experience.”

Following this result, what are your hopes for the future?

“Even before 2018 and the homologation of technical upgrades, we can aim to obtain other good results between now and the end of the season. It may be difficult in Wales since it is an event that has historically been pretty difficult for Citroen and where the weather may well count again us. Australia, however, might be a more inviting round. In light of what we showed during Friday’s leg on gravel, there’s no reason why we can’t be competitive there.”

Delighted to celebrate the 98th victory in #WRC for Citroën! Congratulations to our drivers & the Citroën Racing Teams! #Victory #Proud pic.twitter.com/rGwigwnjJd

Alonso: Contract extension is longer than a year, Formula 1 is main priority