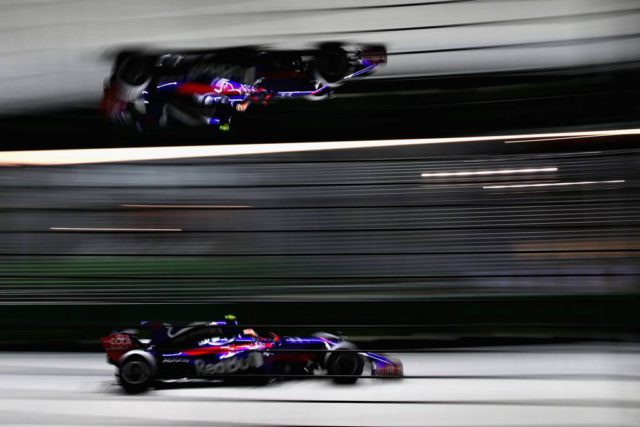 Carlos Sainz finished fourth in the Singapore Grand prix and asked his manager to change their flight so that he could celebrate the best result in his Formula 1 career.

“WOW! What a day, what a result!”, Sainz exclaimed after the race.

“I’d say this is probably my best day in Formula 1 up until now! After a weekend with so much media attention, to put together a perfect weekend and finish the race in P4 is just amazing. To start the race on intermediate tyres, then switch to the supersoft – where I struggled a bit during the first laps – and then make it to the end without losing positions is just the perfect way to celebrate a difficult weekend…it’s definitely one I will always remember!”

“I have to say that the most difficult part of the race for me was the start of my stint on the supersoft – it was not easy at all! I tried to do my best during the out-lap but [Nico] Hulkenberg managed to overcut me… Luckily for me, he then had a problem and from then onwards it was all about defending from Checo [Perez], who had been faster than us on Friday and also was on ultras! It was very difficult to keep him behind, looking in my mirrors the whole time, but in the end, we did it! This team have also done an amazing job this weekend… Thank you!” 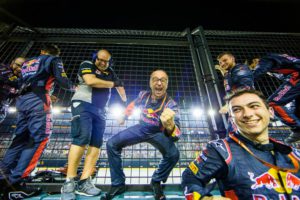 “We’ve equalled our best race result since our win in Monza 2008, another P4! Carlos did a fantastic job, keeping everything under control in a difficult situation at the beginning of the race, going through a long and demanding race and bringing home a fourth position finish and 12 points”, he pointed out.

“The team also did a fantastic job in all aspects. As for our decision to go on supersofts, we did this because we thought this would have given us an advantage towards the end of the race. However, with the Safety Car and tyre warm-up, this call was not without its challenges, but it worked out in the end.”

“The mechanics were very good, delivering fast pit stops, and I’d like to thank the whole team because we’ve all worked very hard for this fantastic result. We’ve taken our chances, been aggressive and not been afraid to try something different and this has paid off here. This now makes us all very happy and in a very positive mood before travelling to the next Grand Prix in Malaysia in two weeks’ time.”

Perez hopes to extend his points scoring record in Singapore

Thierry Neuville: For the first time I had tears in my eyes after crossing...