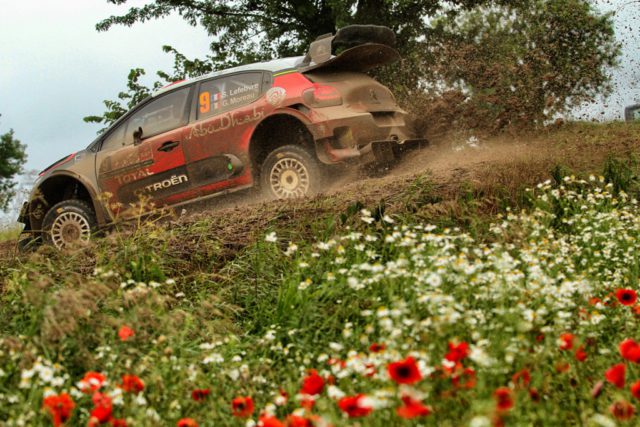 Citroen started the 2017 WRC season hoping the team will take victories. But now the priority changed: Citroen already aims to prepare for 2018. Yves Matton explains how that happened.

How do you assess the results achieved by Citroen Total Abu Dhabi WRT at Rally Poland?

“As soon as we saw the weather forecast for opening leg of the rally, we knew that our drivers wouldn’t be able to challenge at the front. There were two reasons for this: the fact that all our testing with our latest upgrades had been done in dry conditions and their very poor position in the running order. But nobody in the team became despondent.” 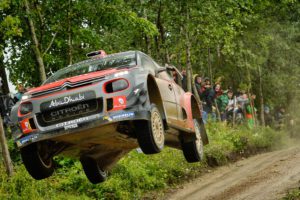 “As soon as the conditions became more even, our drivers moved back into the mix. From Friday lunchtime onwards, Andreas Mikkelsen, Stéphane Lefebvre and Craig Breen racked up a total of fifteen top-five times at one of the most intense rallies in the history of the WRC. There are no miracles in motorsport. The hard work we have done will take time to pay dividends, especially as the other teams have not rested on their laurels. The last few tenths are always the most difficult to hunt down.”

This time out, it was Stéphane Lefebvre that secured the team’s best result…

“When I told Stéphane that he wouldn’t be competing in Sardinia, I asked him to work even harder in order to prepare for Poland. He had a good race here in 2016. We knew that he had the potential to pick up a good result. He managed to put together all the things he has learned in his time as a professional rally driver. He had the sense to push when he had the confidence to do so and take it a bit easier when the conditions were too tricky. And for once this season, he had a bit of luck too. This result will help to boost Stéphane’s confidence.”

Having said all that, he won’t be competing at the next two rallies?

“In Finland, Kris Meeke, Craig Breen and Khalid Al Qassimi will form our driver line-up. In Germany, the three C3 WRCs will be for Kris Meeke, Andreas Mikkelsen and Craig Breen. Stéphane will return to competitive action in Spain. Just like with our mechanics or engineers, the drivers have to know when to act in the best interests of the team, because our priority is to get the best results for Citroen. Stéphane understands this perfectly well. He won’t be sitting around during this period though because he will be taking part in various test sessions.” 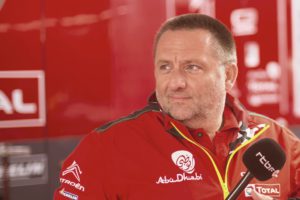 Did you make the right call to drop Kris Meeke for Rally Poland?

“It’s not the first time that this has happened in the WRC. Several teams have made adjustments to their driver line-up in the past. I honestly believe that Kris needed a break. The aim is very simple: for Kris to come back in better form than ever so that we can win together. For the time being, no one can say with any certainty whether we made the right or wrong call. But we couldn’t keep doing nothing. We had to take action to end this run of results and I take full responsibility for this decision.”

Kris cannot be held solely responsible for the team’s poor run. Some questions have been raised about the handling of the car…

“We never said that. It is worth remembering, however, that after each test session, the drivers said they were very happy with the handling of the car. But they were unable to find the same feeling on rallies conditions. That means that some of the directions taken during the development of the C3 WRC were not fit for purpose. Once we had taken the step back we needed to take, I asked the technical team to work on some upgrades that would provide the car with greater versatility. There have been a number of changes: upgrades to the suspension at Rally Sweden, upgrades to the transmission in Poland and others will follow over the coming months. This all takes time. With a wider driver range, we are confident in our ability to move faster in the right direction.” 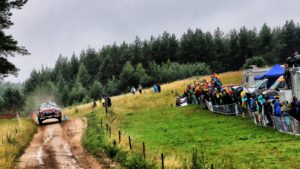 You also reorganised the team, with a new technical director…

“Yes, Laurent Fregosi – who had held this post for a year after having previously been chief engineer, chassis, for the C4, DS3 WRC and C-Elysée WTCC – wanted to return to a more technically-focused role. We, therefore, appointed Christophe Besse. He is an engineer who knows Citroen very well since he worked on the Xsara WRC at the start of the 2000s. This change is part of the new foundations established this weekend.”

The aim for the 2017 season was to win races. Is that still the case?

“The priority now is to prepare for 2018. Some of the upgrades will need several months of development work and they won’t be ready to be introduced until the start of next season. That doesn’t mean that we won’t win any more events in 2017. At the Tour de Corse, we showed the performance level of the C3 WRC on tarmac… However, I have asked the engineers to focus on the development of the car, rather than on specific settings for each rally.”

Audi e-tron at the Berlinale: film celebrities on the road all-electric

Citroen determined to finish the WRC season on a high