Romain Grosjean still has no top 10 finish in the six rounds from the 2018 Formula 1 world championship that took place until now. With three retirements and three classifications in 13th, 15th and 17th places, he is still looking to turn around his season.

You’ll have some updates on your racecar for the Canadian Grand Prix. When new parts and pieces are added to your car, how important is that FP1 session to understand how they affect the car in an actual race setting?

“FP1 is normally about tires and aero, and with having updates on the car, we need to make sure in FP1 that it’s working as expected.”

Another relatively new wrinkle for Canada is the Pink hypersoft tire. You got a lot of experience with it at its debut in Monaco. Did it perform as you expected it, or did it present some new challenges you hadn’t seen before?

“I think it worked as expected in qualifying, even though I don’t think we got the best of them. We’ve got to get a bit more understanding of them before heading to Canada. In the race, I’ve got to be honest, the three different compounds just didn’t work for us. We were just cruising around, not driving, not pushing as hard as we wanted.”

The Circuit Gilles Villeneuve is a semi-street circuit. Is there anything you can take from Monaco and apply to Montreal, especially considering Pirelli is bringing the same tire compounds from Monaco?

“Tire compounds are going to be the number one priority for us to understand with the new package. The circuit is very different. It is much more high speed with much more curb riding, so the setups are quite different.”

It was warm in Monaco, but that’s not always the case in Montreal. How does the outside temperature affect the Pink hypersoft?

“Temperature affects all tires, and we’ve got a little bit less understanding of the hypersoft right now. We’ll see how it goes in Montreal. It can be very warm or very cold there. Hopefully, it’s going to be a nice sunny weekend.” 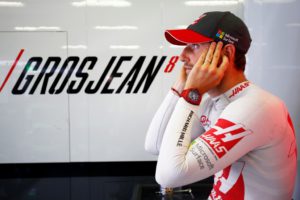 We’ve talked tires and engines this year, but one thing we haven’t talked much about this year is brakes. That’s a good thing, isn’t it? After the team’s travails with brakes the last two years, is it safe to say you’ve found the right package for this year?

“Absolutely. I’m loving the brakes we’re running. I haven’t had an issue with them, and the feeling has been perfect. That box is ticked.”

Canada is known as the hardest-braking grand prix of the year. What do you need to make the most of your car’s braking capability, and how do you manage your brakes for the entire, 70-lap race?

“Canada is very hard on the brakes, but our cooling should be better. Sometimes you can do some lift-and-coast, especially when the car is full of fuel at the beginning of the race. You want to try to save the brakes a bit and not overheat them, so they’re good by the end of the race when you’re trying to push them, or by pit stop time.”

A good brake package gives a driver confidence. Has getting a handle on the team’s brake package allowed you to push this year’s car harder, allowing for the speed you’ve shown this season?

“I think it’s a part of it, definitely. Braking is key, especially at races like Baku or Monaco. I’ve been very happy, and it allows me to get the best of the car.”

Montreal is home to one of your best finishes in Formula One – a second-place effort in 2012. What do you remember about that race and how did you achieve that result?

“That was a great race. I started P7. I had a one-stop strategy while everyone else was on a two-stop strategy. Initially, I thought I would finish fifth or sixth as I was stuck behind the Mercedes of (Nico) Rosberg. I couldn’t overtake. Then, everyone pitted. The ones who didn’t were really struggling with grip, so I could overtake them. I didn’t quite have the pace to chase Lewis (Hamilton) and take the win.” 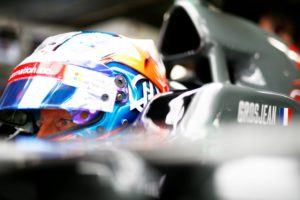 How important was that second-place finish at Montreal in 2012 during the early portion of your Formula One career?

“It was a great race and, obviously, a great result. I always try to do my best. It was a good race. I enjoyed it. It’s always important to strive for the highest finish you can and be as high on the podium as possible.”

What is your favourite part of Circuit Gilles Villeneuve?

“The whole track. I absolutely love it. I really enjoy racing there. It’s always a great feeling.”

Is there a specific portion of Circuit Gilles Villeneuve that is more challenging than other aspects of the track?

Explain a lap around Circuit Gilles Villeneuve, especially now after competing there with the faster, current-generation car.

Not an easy Monaco Grand Prix. But we will be back strong in Canada ???@HaasF1Team

Ogier and Paddon out of the rally in Finland, Tanak in trouble

Perez: It’s always special when you feel the power after 3 months away