Nico Rosberg took his 21st career victory, his 1st at the Autodromo Nazionale di Monza and 7th of the 2016 season so far. Lewis Hamilton completed a 4th Silver Arrows 1-2 of the season in P2. Theh German driver slashed his teammate’s lead in the Drivers’ championship to only 2 points.

“It means so much to me to win here at Monza”, Nico Rosberg said

“The crowd were unbelievable over the entire weekend and especially during the podium ceremony. This win is incredibly special for me and standing up there and singing with thousands of people gave me goosebumps. The race went perfectly for me and after a good start I was able manage the gap between myself and the car behind. Our car has been amazing this weekend and I extend a massive thank you to the whole team”, he added.

“From there it was just about managing the tyres during the first stint and I was delighted to get back up to second after the first stop”, he explained. “I kept pushing as hard as I could and came within 15 seconds of Nico when we crossed the line.”

Ferrari took 3rd and 4th in the team’s home race

Sebastian Vettel was on the podium where the tifosi greeted him with a spectacular roar.

“Of course I am very happy for all the team”, the German said. “It is a very special race for us, to stand on the podium here in Monza, is just great. But for sure you are always aiming for the top step, so well done to our rivals, they have been in a league on their own in the race. Yet, we tried our optimum, this is the perfect result for us, the whole weekend has been very smooth, no issues with the car. We brought an engine update, so grazie anche to the guys at Maranello for their support. I feel things are changing: it will still take a little bit, but we are heading the right way.”

#Seb5 ‘In days like this you realize that life is to enjoy, to get so much support is unbelievable’ #ItalianGP pic.twitter.com/CI7OaVwI2z

Daniel Ricciardo was fifth at the chequered flag

The Australian took fifth with an amazing manoeuvre against Valtteri Bottas (Williams). He was especially happy with it.

“I was pretty close to Bottas in the middle of the race and knew I could race hard from that position. It was a really enjoyable overtake. I have a three hour drive home tonight and didn’t want to spend the whole journey regretting not trying it. He is a fair racer and had seen me in the mirrors so I knew he wouldn’t turn in. So I had a go. It was great fun and felt nice to come from so far back and make it stick”, Daniel explained. 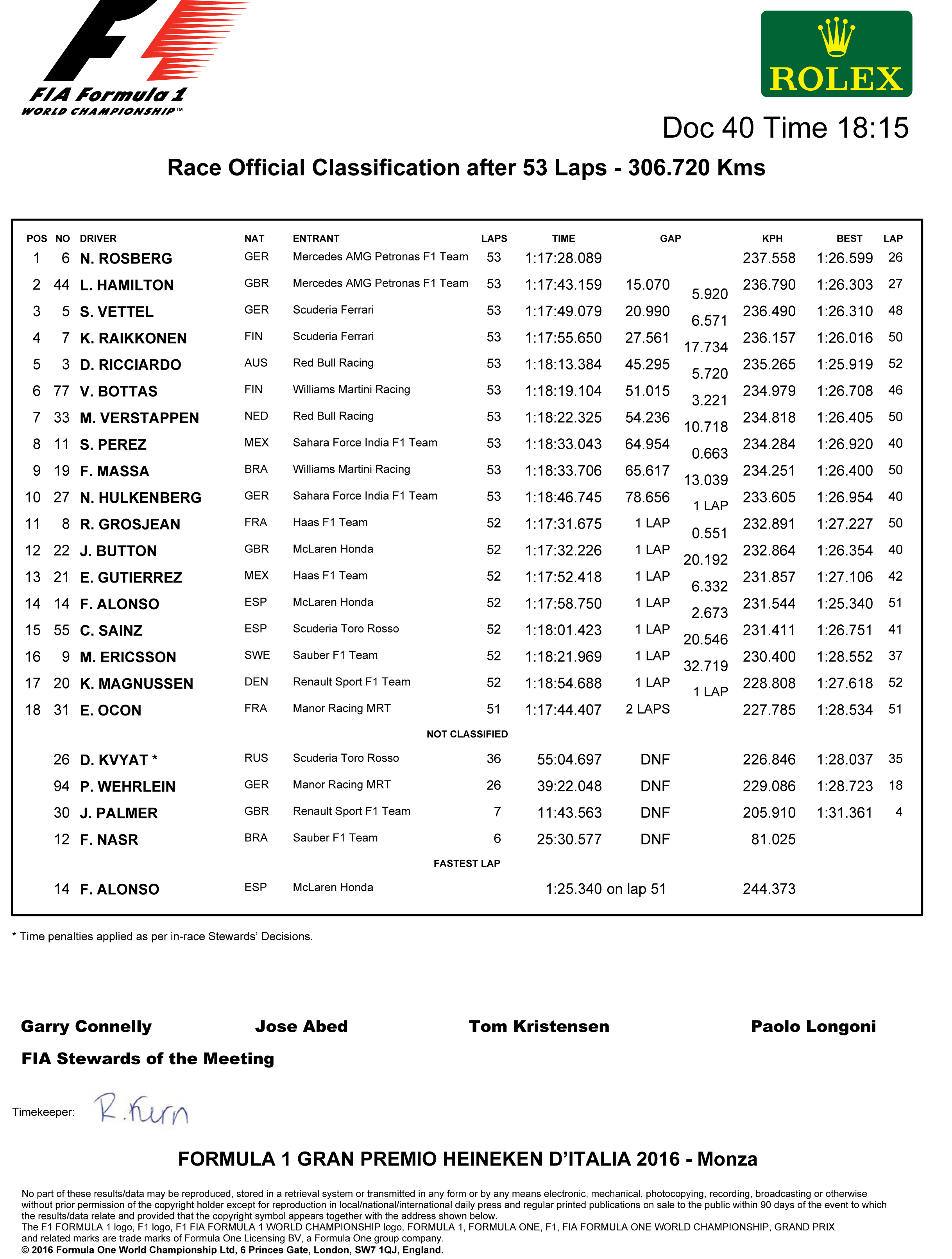 Lewis Hamilton triumphs in Hungary in front of Vettel and Raikkonen