Michelin has completed all its pre-season testing and is now fully prepared for the 2019 MotoGP World Championship to get underway with the first round under the floodlights of the Losail International Circuit in Qatar for the VisitQatar Grand Prix.

The Michelin team went through winter development in Clermont-Ferrand. It took part in testing at Sepang in Malaysia and recently at Losail. The team has introduced some new compounds for the slick tyres and is now equipped for the demands that the 19-event season has in store. 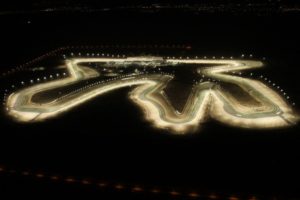 With these new introductions to the range, Michelin has presented the full tyre allocation for the season to the organisers and teams

Qatar is now the customary first Grand Prix of the MotoGP season. It is still the only night race on the calendar, giving it a very unique feel that presents its own special characteristics. The sand that blows off the surrounding desert can make the track very abrasive. When the temperature drops in the evening, the ensuing dew point can make the surface quite slippery and reduce grip levels. Despite these issues, Michelin has had a very successful relationship with the circuit since its return to MotoGP in 2016. It also holds all the existing lap and race records for the 5,380m track.

The allocation for the race weekend will continue as in past seasons. It consistsof soft (white band), medium (no band) and hard (yellow band) Michelin Power Slick tyres for the front and rear. The front for Losail will be a symmetric design, while the rears will have an asymmetric finish with a harder right-hand-side. This selection’s aim is to work at optimum performance through the circuit’s 10 right-hand and 6 left-hand corner configuration.

Meanwhile, the rear soft will be one of the new technology tyres that Michelin has added to the range. The riders met it with a positive response in preseason testing. It is a tyre that is designed to give greater consistency and improved grip. In case of wet weather, and if Race Direction deems it safe to ride, the Michelin Power Rain tyres will be available in soft (blue band) and medium (no band) compounds for front and rear. The rears also have an asymmetric design.

This year’s field of 22 riders features four racers new to the class. They are Francesco Bagnaia (Alma Pramac Racing), Joan Mir (Team SUZUKI ECSTAR), Miguel Oliveira (Red Bull KTM Tech 3) and Fabio Quatararo – of the also new Petronas Yamaha SRT. They will head out on track on Friday afternoon for the first Free Practice session. The opening Free Practice under lights will follow later that evening. Saturday will see more daylight practice before qualifying gets underway beneath the floodlights. The first event of the 2019 MotoGP season will see the riders line up at 20.00hrs local time (17.00hrs GMT, 18.00hrs CET) on Sunday 10 th March for the 22-lap race.

“We have had a very successful off-season, as we introduced some new slick compounds that we had been developing and the riders were very pleased with the performance, so these have been added to the range for 2019. These are aimed more at European tracks, but we have added them to the allocation at Losail as we believe they are ideal for what that track has to offer.”

“We are looking forward to the new season, there are new riders, bikes, and teams that have changed manufacturers, so there is a huge amount for all of our technicians to work on. We are up for the challenge and everyone is ready to get back into the racing environment. Losail has been a good track for Michelin since we returned, even though it is a very unique circuit with particular demands, so we are determined to push the performance on again this year, as we plan to do at every track we visit.”

Sébastien Ogier: After the recce I honestly didn’t think we would have a chance...

Lewis Hamilton: That’s what racing is all about 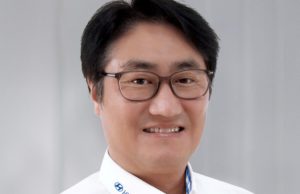