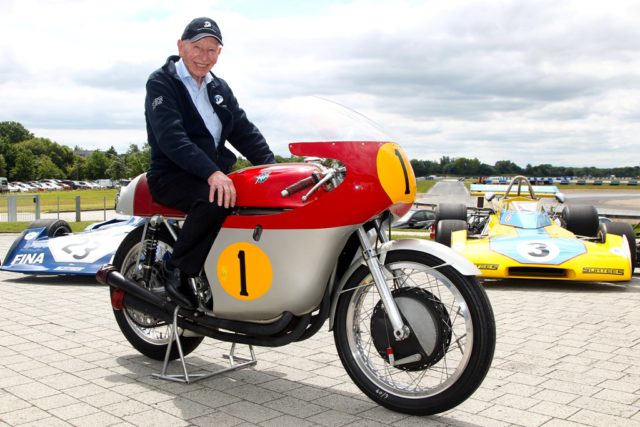 Late in 2016 John Surtees CBE started the unique challenge of designing a watch that would help a wonderful charity get the support it needed.

His family picked up the project after his unfortunate passing in March. It is now ready and the profits will help raising money for the Henry Surtees Foundation.

Omologato prides itself on offering people the opportunity to wear a piece of racing history through its motorsport-inspired timepieces. The Surtees is an emotional watch and definitely the work of a legend. It is a chronograph the family wanted to complete and one that pays the ultimate tribute to a racing legend.

John Surtees himself signed off this project. It’s a massive honour for us to complete it with his family. pic.twitter.com/JmOfix7abI 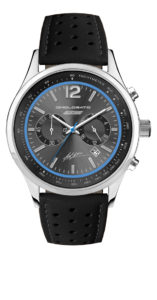 The Surtees family finished the project for the very special chronograph, which took the name of John Surtees

The blue colour within the dial comes with a unique motorsport tale. Enzo Ferrari dropped the traditional Ferrari red in 1964 in favour of a blue and white colour scheme. Surtees, leading The Prancing Horse charge used the different livery for the final two Grands Prix of that season. At the final race, the Brit sealed the World Championship crown, becoming the first Ferrari driver to claim an F1 title in blue whilst also being the first – and to date only – champion on two and four wheels.

John Surtees founded the charity after the tragic death of his son Henry. He died aged just 18 years old whilst competing in a Formula 2 race at Brands Hatch in 2009. The Foundation supports pioneering new schemes and revolutionary projects.

Keep your eyes peeled on the First Floor tomorrow as we launch our new exhibition ‘John Surtees – A Master On Two Wheels, A Legend On Four’. pic.twitter.com/oc5J65zISP

Marquez: On Thursday everyone starts asking about winning on Sunday!