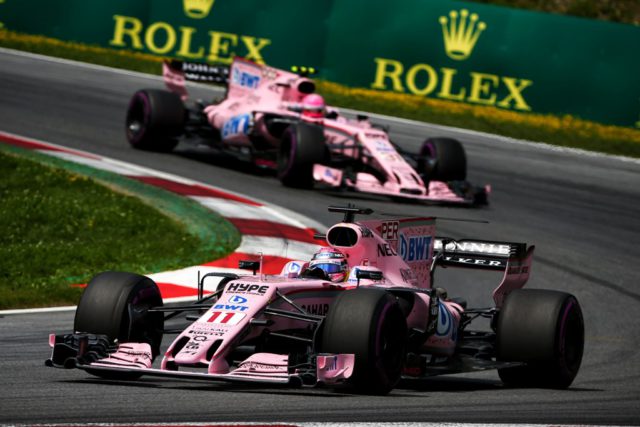 The Force India team is ready for its home race at Silverstone and expects another strong performance there.

“The British Grand Prix is always a huge weekend for this team. Our factory couldn’t be any closer to the circuit and it’s one of our busiest events of the year”, team principal Vijay Mallya commented.

“Once again we have created a Force India stage and fan zone in the Woodlands campsite so that our drivers can visit during the weekend and meet the fans. For me, this is a highlight of the week because it’s these dedicated supporters who create such a special atmosphere at Silverstone. It’s important that we involve the fans as much as possible and I’m glad that we can give something back to them again this year.”

“The VJM10 is working well and we expect to build on our recent competitive form with another strong showing this weekend. Our performance in Austria showed the strength in depth of our team in all areas. Despite chasing the car balance through practice, we got on top of our issues in time for qualifying – when it mattered. Even when we don’t have the perfect weekend, we can be well inside the top ten picking up important points.”

“We recovered well from some difficult practice sessions and picked up some important points. I think we can do the same in Silverstone. I love the track and I think the car will perform well there. We have some small updates coming on the aero side and I feel very comfortable in this car. I really can’t wait to experience the high-speed corners at Silverstone with all the downforce we have on these 2017 cars.”

“I always say that Silverstone is one of the best tracks of the year. There are great corners and it’s a real pleasure to drive in a Formula One car. The fans also make the British Grand Prix special. We always see a huge crowd – even on Friday – and the atmosphere always feels special. It’s one of those races where the drivers’ parade gives you huge energy when you see the support from the fans.”

“Silverstone has a special atmosphere: there is always a big crowd, everyone is coming here to show their support and enjoy one of the best races of the season and it’s really exciting”, the Frenchman pointed out.

“I can’t wait for the race. The track is great: I like the combination of fast corners, especially Maggots and Becketts. Those corners are awesome. In this year’s cars, they’re going to be especially crazy. I have some very good memories from racing Formula 3 in Silverstone. I was on pole, got three podiums and won a race: it was the first event of the season and the results gave me so much confidence for the rest of the championship.”

“Our team headquarters are just across the road, so the race feels extra special for us. It’s a home race and the chance to see everyone who works at the factory all year. It’s also where we have our Fan Zone at the Woodlands Campsite. I am looking forward to going there on Saturday night and meeting everyone who has come to support us.”

Both Toyota cars excluded from the 6 Hours of Silverstone