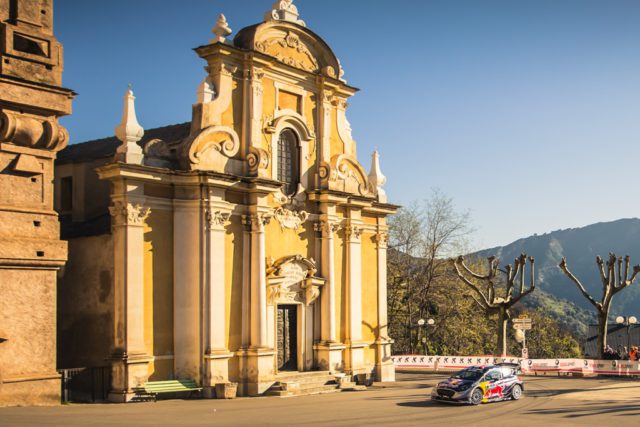 M-Sport had to dig deep to deliver a fourth podium in as many events for the Ecoboost-powered Ford Fiesta WRC. Sébastien Ogier and Julien Ingrassia delivered a really good performance in difficult circumstances. They secured second place overall and extended their lead at the head of the FIA World Rally Championship’s driver and co-driver standings.

Ogier and Ingrassia endured a rally of highs and lows, but the end result remained positive. Struggling with set-up throughout the early stages, the Frenchmen were missing absolute confidence but hinted at the potential of the Fiesta WRC. The pairing were never out of the top two on individual stage times through the opening day but lacked the feeling required to push for the lead.

Following an in-depth review with the engineering team during Saturday’s midday service break, Ogier was back on form and set a time five seconds clear of anyone else through the second pass of ‘La Porta – Valle di Rostino’ (SS7).

That performance propelled him into a battle for victory – just 2.2 seconds shy after Saturday’s penultimate speed test. Unfortunately, it wasn’t to be and the Frenchman suffered a hydraulic issue on the final Sunday test (SS8). It cost him more than 30 seconds adrift of the lead.

There was more late drama for the World Champion. His Fiesta developed an intermittent electrical problem through the first stage of the morning (SS9) – dropping him behind third-placed man Dani Sordo.

Working with the engineers, Sébastien Ogier found a solution. He regained second position and claimed an additional four points with the second fastest time through the Power Stage.

Sébastien Ogier: “It has definitely been a roller coaster weekend for us!”

“It’s been a tough rally so we’re happy to be at the end and to save a podium, it’s better than nothing”

“We’ve had lots of highs and lows, but I’m happy to say that we finished on a high with some really good points for the championship”, Sébastien Ogier commented.

“We’re happy with the pace that we had and things are definitely moving in the right direction. We struggled with the set-up at times. But honestly the car is not too bad and I think we have some performance in the tank.

“We had the pace to challenge Thierry [Neuville] for the win – only two seconds behind him before the technical problems – but of course we have some work to do to ensure we don’t repeat this stressful weekend.”

Meanwhile M-Sport will investigate Ogier’s technical problems and try to find a solution for them. The Frenchman said the issues were “a few too many” and the team definitely needs to work on them.

“We’ve experienced issues that we’ve not seen before. I can tell you that the team will be working extremely hard in the lead-up to the next event”, team principal Malcolm Wilson added.

A dramatic victory for Hamilton in Brazil