The Abu Dhabi Grand prix is the 21st, final round of the 2018 Formula 1 World Championship. 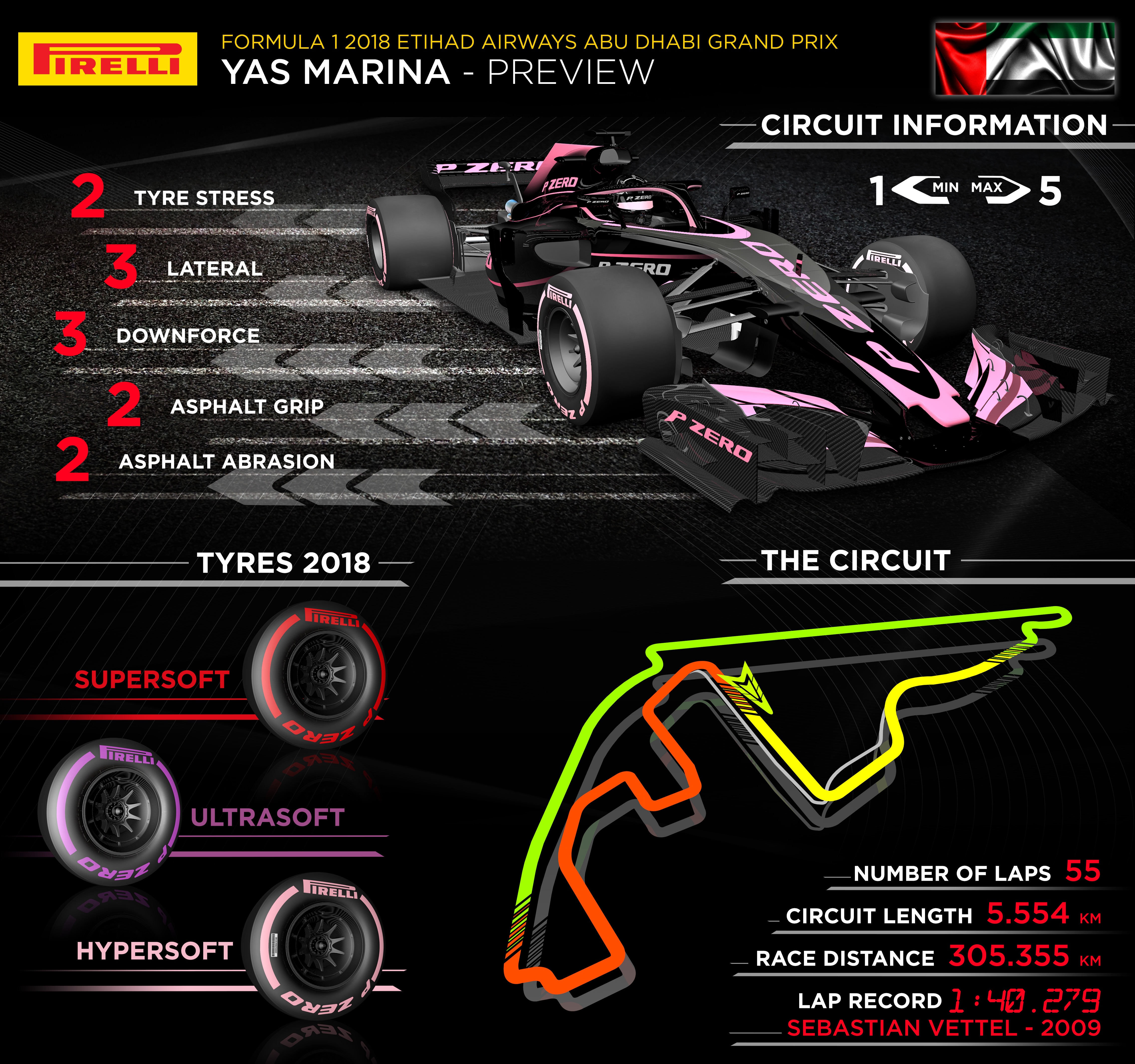 After 17 years and more than 300 races, it could be @alo_oficial‘s last F1 race on Sunday ? He’s given us a lot over the years… including some superb GIFs!

Here we have a rare example of a GIF you can actually hear. TOMA. ? pic.twitter.com/dZuFeU6aPP

The Yas Marina Circuit is a showplace

And it should be, considering it is widely believed to be the most expensive Formula One track ever built. Some estimates top $1 billion. It is a purpose-built facility on a man-made island. And it is also one of the many new Formula One circuits designed by Hermann Tilke. The circuit is less than a decade old. It features a counter-clockwise layout that boasts a top speed of 335 kph (208 mph) and an average speed of 195 kph (121 mph).

It has nine right turns and 12 left turns on a waterfront course that rivals Monaco and Singapore. Its extravagance and uniqueness is best highlighted by these attributes: the pit lane exit passes underneath the circuit via a tunnel and the garages are air-conditioned. Yas Marina has a powerful lighting system, and it lays claim to holding Formula One’s first twilight race.

DYK? Abu Dhabi is home to the world’s fastest roller-coaster

Located inside Ferrari World (of course), the Formula Rossa ride reaches 240 kph (150 mph) in less than five seconds and climbs to 52 meters (171 feet) to create 4.8Gs for its riders. And if emulating a drive in a Formula One car isn’t your thing, you can go downhill skiing despite Abu Dhabi’s average November temperature of 30 degrees Celsius (86 Fahrenheit). Ski Dubai in the Mall of the Emirates offers indoor, downhill skiing with 3,000 square meters of snow (32,292 square feet) and an 85-meter high (279 foot) mountain. 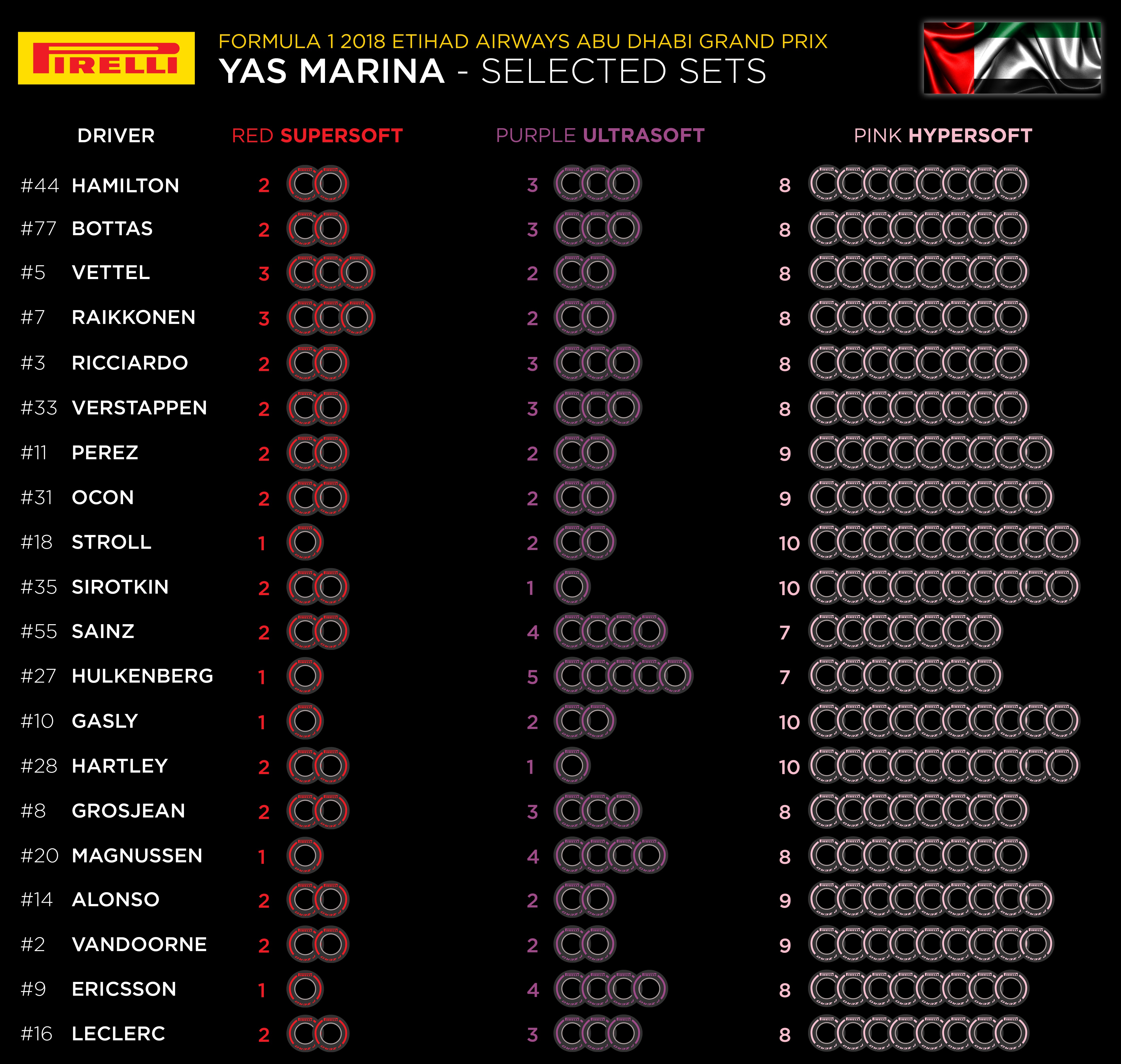 We’ve been lucky enough to say it 20 times already this year. But now, for the final time in 2018, let’s say it loud, and say it proud…

Even with two long straights, along which cars exceed 330km/h (205mph) on both occasions, it’s hard to overtake at Yas Marina. To be competitive in race conditions, it’s vital to have a car that has a high top-speed. But engineers mustn’t shave off too much downforce, otherwise they risk compromising competitiveness through the twisty final sector.

Unique difficulty Temperature change. The Abu Dhabi Grand Prix is the only race on the calendar that starts in the heat of the day and finishes after sunset. The track temperature drops significantly during the course of the race, altering the balance of the car and the performance window of the tyre. Added to which, the wind direction often changes direction after dark, making the car more unpredictable to drive.

Biggest challenge Visibility. Sunset is 36 minutes after the start of the race. As the sun gets lower during the early laps, it can be particularly blinding between Turns 14-19. This makes visibility tough, especially for the drivers involved in tight battles with other cars.

There are 13 braking events around the track. The result of that is that more than 20 per cent of the lap drivers are on the brakes. There’s an average deceleration of 2.9g and the track is regarded as one of the toughest of the season on brakes – similar to the Circuit Gilles Villeneuve in Montreal.

Power The cars use 1.8kg of fuel per lap, which is relatively high.

Aero Medium-to-high downforce. Aero set-up is a compromise between low-speed grip during qualifying and straight-line speed in the race. The drivers and engineers will trim the cars as much as possible during practice until tyre life begins to be affected.

Norris to drive for Mclaren in FP1 at Spa

Magnussen: With what we’ve got, we use it a lot better than Renault do