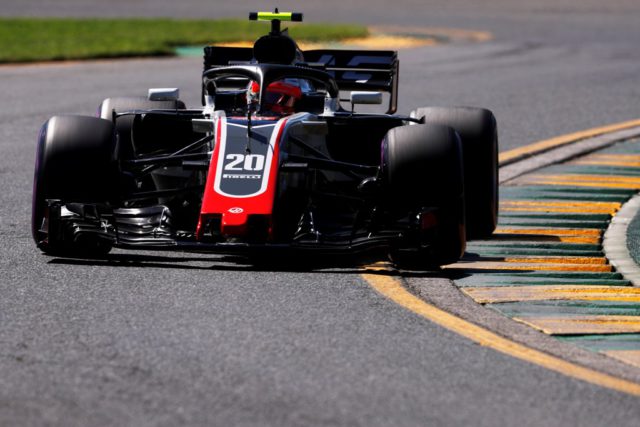 The Haas team had a wonderful pace and drivers Kevin Magnussen and Romain Grosjean started the Australian Grand prix from fifth and sixth places on the grid. But that good moment was short. The wheels literally came off the team’s strong performance when after each driver’s pit stops on laps 22 and 24, respectively, both experienced a loose wheel to end their race. It was an abrupt end to what had been an impressive run by both drivers.

Grosjean and Magnussen put aside their own disappointment, sought out their crew members, shook their hands while looking them in the eye, and let them know there will be another race.

That race is the Bahrain Grand prix at the Bahrain International Circuit in Sakhir. Despite the outcome in Australia, there is no discounting the speed showcased by Grosjean and Magnussen in their Haas VF-18s. The Bahrain International Circuit rewards speed. Its generous run-off areas allow drivers to push hard without the consequence of running into an unforgiving wall. Substantial track width also provides drivers options when it comes to attacking, as there is plenty of asphalt to tread on while pursuing one’s prey.

The Australian Grand Prix was shaping up to be a milestone race for Haas F1 Team. How do you rebound from such a difficult set of circumstances, especially when the result could’ve been so rewarding?

“For sure, it’s difficult, but that’s racing. I’ve been doing this a long time. There are moments like this, with real downs. The good thing is the car seems to be quick, so you look forward to going to the next race and making sure you do a better job. We still have to go and do it in Bahrain, but I think we’re in a good position do something similar like we did in Australia performance-wise.”

What protocols can you put in place to mitigate the cross-threading of a wheel nut and, in turn, sending the car out of the pits with a loose wheel?

“As a team, we made mistakes. We had too much work to do on the car and didn’t practice enough. I think the key to all of this is to get the practice in before the race so that we’re prepared for all aspects of the race.”

What do you do to get the crew refocused so that everyone is ready for Bahrain?

“You just have to explain what happened and be honest about it. We made mistakes, but we do have processes in place. Last year, in the second half of the season, we had some of the best pit stops on pit lane. We can do it. I think the lack of practice produced the result in Australia. Nevertheless, stuff like this happens. You get over it and move on.”

As technological as Formula One is, Australia showed it still has a robust human element. For Haas F1 Team and its midfield battle, how crucial are its people to achieving success?

“It’s all down to people. Everybody on the team can be proud of what we’ve achieved over the last couple of years, and with what we’re going to achieve this year and next year. We have a good bunch of people who have put us in this position where we look very competitive this year.”

The silver lining in Australia was that the Haas VF-18 had speed. How comforting was it to carry the speed from winter testing into the reality of the Australian Grand prix?

“It was very comforting. I was optimistic, but cautiously. I’m still cautious. One race doesn’t make a full season. We need to be humble and just keep on working hard. We have to try to do the same as we did in Australia, as we did in testing, not lose focus, but just keep on going, and I’m sure we’ll achieve similar results.” 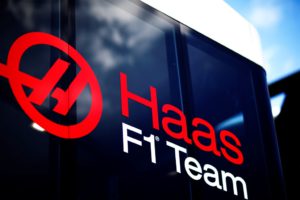 How good did it feel to handily make it into Q3 and then run up front in the race?

“That is what you work for, and when it is achieved, it’s a great moment for the team. It comes with confidence and experience.”

Some say Australia is a bit of an anomaly in Formula One, where a team’s performance at Melbourne Grand Prix Circuit is not indicative of how a team will perform in other races, notably Bahrain. What do you say to that?

“I would say I’m still cautiously optimistic. I would never be arrogant and say, ‘Oh we will do the same in Bahrain,’ but, for sure, we will try to do the same. The car showed speed in Barcelona and Melbourne. There is a point, maybe after China, where we will really know where we are.”

More specifically, can the speed you displayed in Australia carry over to Bahrain?

“We will see when we get there. I think the car is competitive. Will it be the same as Australia, compared to the opposition? I don’t know because I don’t know what they’re doing. Again, I’m cautiously optimistic that it can be done.”

How important is it to have a strong finish in Bahrain, where the disappointment from Australia can be forgotten?

“I think if we achieve a good result in Bahrain, we will forget about Melbourne. If we don’t, we’ll dwell over what happened in Australia until the time we have a fantastic result, or time gets us over it. The aim is to do everything right and come home with a good result.”

The speed Haas F1 Team showed in Australia led some in the paddock to infer it was because of the team’s Ferrari ties. But you’ve been with Haas F1 Team since its inception and have firsthand knowledge of the time, effort and energy that have gone into building this team. What’s your reaction when people try to dilute Haas F1 Team’s achievements by saying it’s because of Ferrari?

“Everybody is allowed to have an opinion. Some people have an opinion, which I think is based on no facts. It does not have a lot of value to me. I think the whole of Haas F1 Team can be proud of the work done between last year and over the winter to produce the VF-18 and get it into its competitive condition. It’s merit to them. They can be proud. If people have an issue, fine with me. We report what we are doing, like everybody else, to the FIA. That’s why I’m more than confident we are not doing anything wrong. I’m perfectly fine with how we do business. We design our own aero, as per the regulations, and yes, we use mechanical parts from Ferrari, but everybody’s known that for the past two years. We are well above board, and happy to be where we are.”

Pedrosa tops the standings at Aragon in the wet