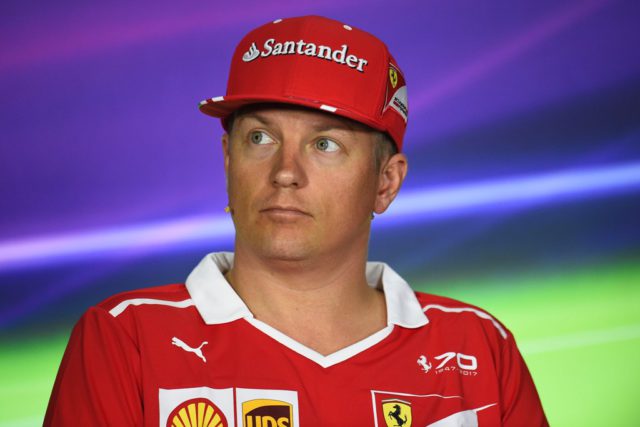 Ferrari expects to be in the fight for winning the Azerbaijan Grand prix, Kimi Raikkonen said at the street circuit in Baku.

“The Baku track is a unique place. It’s a street circuit, but nothing like Monaco and more similar to Singapore, with long straights and very narrow sections. Last year it was the first time we were racing here and it was difficult. It was very hot and quite tricky on the tire side, not very easy to manage. This year is the second time here, it should be easier for everybody, even though the cars are different and we have slightly different tires”, Raikkonen explained.

“Today it’s a bit cooler, but it is supposed to heat up over the weekend; let’s see how the weather will turn out. Last year there were many teams that proved to be fast and you would not expect that; maybe it will be the same thing this year, maybe not. As for us, we have been quite good everywhere this season. Obviously, there are stronger and weaker places, but our base level is quite strong and we expect to be in the fight. Then it’s a question of putting all the things together and try to be the fastest team”.

#Kimi7:’There are always stronger and weaker places but our base level is quite strong and we expect to be in the fight’ #AzerbaijanGP pic.twitter.com/6RSRg5NfuG 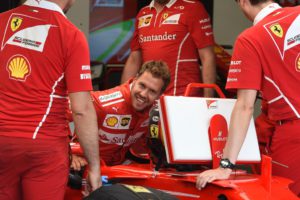 Ferrari expects to be in the fight for winning the Azerbaijan Grand prix, Kimi Raikkonen said at the street circuit in Baku

Sebastian Vettel is also looking forward to the weekend.

“In Canada, we didn’t have an ideal race. But I think we had a good recovery from there. Now, we’ll see what happens during this weekend”, the German driver said.

“This is a different track with a specific layout. Last year we did a god job here in Baku. We finished second, struggled a little bit on Friday, but managed to recover well on Saturday. Now we are working really well in the team and I think things are coming together”.

Lewis doesn’t know where the magic lap came from