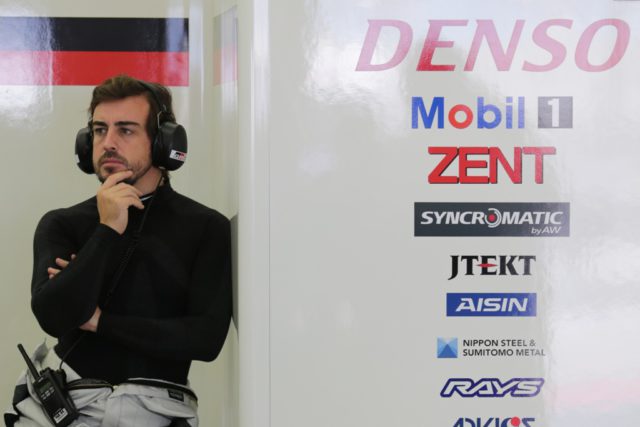 The 60-car entry list for this year’s 24 Hours of Le Mans was revealed at the Rétromobile Show in Paris. The 86th running of the French endurance classic will once again make history as two-time Formula One world champion Fernando Alonso makes his maiden Le Mans appearance at the wheel of a Toyota TS050 Hybrid. This is also the first time that a competitor who already holds two F1 world titles will make his Le Mans debut while still actively competing in F1. The race will be on 16 – 17 June.

Meanwhile, the WEC organisers changed the dates for the 6 hours of Fuji. The reason for that was to make it possible for Alonso to participate. In the previous calendar version, the Japanese WEC round was on the same weekend as the Formula 1 USA Grand prix – 20-21 October. Now it is rescheduled for 14 of October and the McLaren driver will take part in the Fuji event but there was displeasure among other drivers.

Many thanks @FIAWEC I can’t believe you did it… your lack of consideration and respect for the drivers who had a contrat with a team in IMSA to race in NAEC the same weekend are unbelievable. I’m sure I will be not the only one to be impressed with what you did ??

At the next Le Mans 24 Hours, all eyes are bound to be on Fernando Alonso

The Spaniard made clear his ambition to race at Le Mans several years ago, so this is something of a dream come true. Alonso will be competing in endurance racing’s top class at the wheel of the #8 Toyota TS050 Hybrid. He will be in a crew with Sébastien Buemi and Kazuki Nakajima. The Japanese constructor, the only works team in the class, will have two cars on the grid in its latest bid for Le Mans glory. 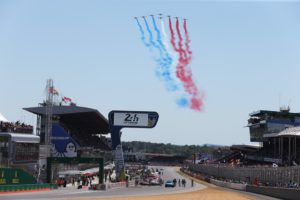 That means there will be a total ten LMP1s on the grid on 16 June – four more than in 2017. The entries are from Rebellion Racing, ByKolles Racing, CEFC TRSM Racing, Dragon Speed and SMP Racing. The class will also feature some high-profile drivers such as André Lotterer and Thomas Laurent, the whiz kid who has risen through the endurance racing ranks marked out by the ACO.

The LMP2 class has proven just as popular as last year, with 15 outfits fielding 20 cars

This year, however, Ligier has the advantage with nine JSP217s on the grid. Oreca has eight Oreca 07s, including one Alpine A470, then three Dallaras. Riley, the fourth chassis builder in the class, will not be at the 24 Hours of Le Mans this year. Jackie Chan DC Racing, the class winner in 2017 and overall runner-up, is back with four cars, two Ligiers and two Orecas.

BMW is making its comeback to the discipline with the M8 and will line up alongside Aston Martin, Porsche, Ferrari, Chevrolet Corvette and Ford. There will be 17 cars on the grid, illustrating the race’s international appeal and affirming the prestige of this class where victory is hugely important for the manufacturers. Last year’s winner, Aston Martin, will be fielding its new Vantage.

JMW Motorsport is the title-holder but has some serious challengers.

ACO also announced that Dr. Wolfgang Ullrich will be joining us as a consultant this year. The former racing director of Audi, who led his team to 13 victories will be sharing his wealth of sporting, marketing and technical experience with the 24 Hours of Le Mans and the FIA WEC.

“I enjoyed working with the ACO as team manager. Today’s collaboration adds another dimension to the healthy relationship we have built up over the years. I’m proud to take on this role and look forward to giving back to a discipline which gave me so much as a competitor”, he said. 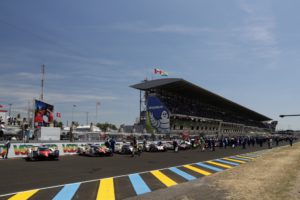 The competitors will be racing Le Mans twice, in June this year, and next year, marking the grand finale of the FIA WEC season. To keep the competition wide open throughout, the organisers reviewed the points system. Instead of carrying double points, the 24 Hours of Le Mans be worth 50% more than the 6-hour races.

?36 full season entries for 8-round season to include two editions of @24hoursoflemans #WEC Super Season! A look at the classes in detail

Hamilton describes his Chinese GP as a disaster

Tänak: M-Sport really do deserve everything