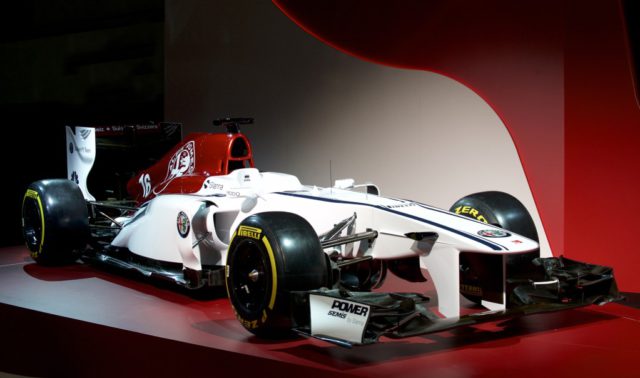 Alfa Romeo Sauber has confirmed that it will field Charles Leclerc and Marcus Ericsson in Formula 1 next season, during a press conference held at the marque’s museum in Italy on Saturday.

Sauber scoring only 5 points, ditched its planned Honda partnership in favour of a strengthened alliance with Ferrari.

Sauber will return to using current-year Ferrari power units next season. And on Wednesday confirmed that it had reached a multi-year technical and commercial deal with Alfa Romeo.

Alfa Romeo, part of Fiat Chrysler Automobiles, of which Ferrari chief Sergio Marchionne is the CEO, will act as title sponsor, marking the brand’s return to Formula 1 after a three-decade absence.

Leclerc is widely tipped to graduate to Formula 1 in 2018 with Sauber. He captured the attention with his title-winning campaign as a rookie in Formula 2.

Leclerc, following Haas runs in 2016, received multiple practice and test outings through the second half of 2017 with Sauber, most recently at last week’s gathering in Abu Dhabi.

Leclerc will link up with incumbent Marcus Ericsson, who joined Sauber from Caterham at the end of 2014, and has connections with the squad’s owners, Longbow Finance.

Ericsson admitted in Abu Dhabi that his position was reliant on the levels of collaboration between Ferrari and Sauber. But he has prevailed in the battle over Antonio Giovinazzi to remain in a race seat.

Giovinazzi will to take up a reserve role with Sauber. He competed in two Grands Prix in 2017, in place of Pascal Wehrlein. He is set to partake in selected FP1 sessions.

Wehrlein is without a 2018 drive, following two years with Manor and Sauber.

The confirmation of Sauber’s driver line-up means there is just a sole seat up for grabs, with Williams yet to decide on the identity of Lance Stroll’s team-mate.

Iannone fastest on Friday at Mugello