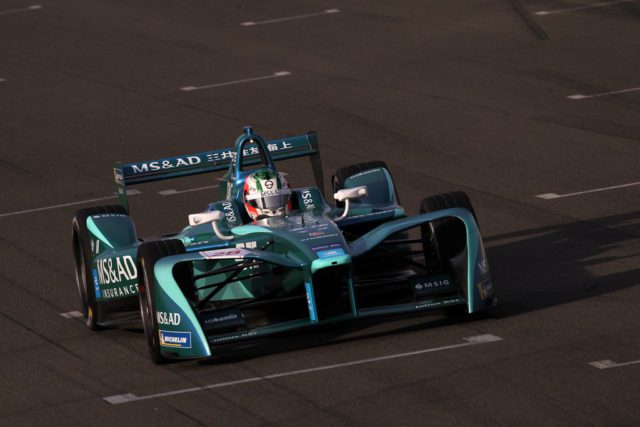 Season 4 of the FIA Formula E Championship gets underway this weekend with two races in Hong Kong. BMW works driver António Félix da Costa and Kamui Kobayashi compete at the season-opener for MS&AD Andretti Formula E. Over the course of Season 4, BMW and the team will continue their preparations for the official works entry in the 2018/19 season.

The races in Hong Kong represent another important step on the road to Season 5 for BMW and MS&AD Andretti Formula E. The cooperation between the BMW engineers and the team has been further intensified in recent months, and this process will continue over the course of the season. In Hong Kong, the team will also call upon the experience it gained during testing in Valencia in the run-up to the new season.

The Andretti Formula E team is in its fourth season of Formula E in 2017/18. So far, Michael Andretti’s team has contested 33 races, claimed three pole positions, and scored 202 points. BMW works driver António Félix da Costa is again in action at the wheel of the number 28 MS&AD Andretti ATEC-003 in Season 4. Japanese driver Kamui Kobayashi will drive the number 27 car at the season-opener in Hong Kong. Plans are also afoot for BMW works driver Tom Blomqvist to race with the team during Season 4. He was registered on the FIA entry list. MS&AD Andretti is solely responsible for allocating the cockpit of the number 27 car. 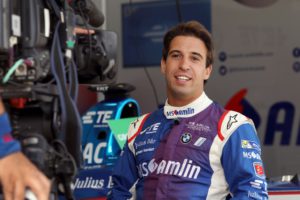 “I am really looking forward to returning to Hong Kong. I had a good race when Formula E made its debut there last year. Generally speaking, I love the area around Hong Kong. After all, I have enjoyed some big wins in neighbouring Macau. As such, I always have a good feeling when I travel to the region. I think we had a good off-season, and we are all very aware that we have to work well as a team and give it our all in Season 4. I can see a lot of motivated people at MS&AD Andretti and BMW.”

“I would like to thank everybody for giving me a chance to race at the Hong Kong E-Prix. It is a challenge to go to the race without proper testing, but I have been in similar situations during my career, so it should be okay. There are many familiar faces in the Formula E series, so I am really looking forward to the race and working with them again. I have been to Hong Kong a few times but never imagined racing on its streets, so I’m really excited to go there to race.”

The “Hong Kong Central Harbourfront Circuit” hosts the HKT Hong Kong E-Prix for the second time, after the series made its debut there in Season 3. This time, two consecutive races will be held at the circuit. The 1.860-kilometre track takes the drivers clockwise through the harbour streets and past the impressive Hong Kong skyline, encompassing ten corners on the way. The best overtaking opportunities come in turns one and two, at the end of the two longer straights. Last year, Da Costa finished fifth in Hong Kong.

Hong Kong — here’s a reminder what the cars sound like ?#CNNSupercharged pic.twitter.com/64wQJdAy4I

Vettel fastest in FP1 at Suzuka