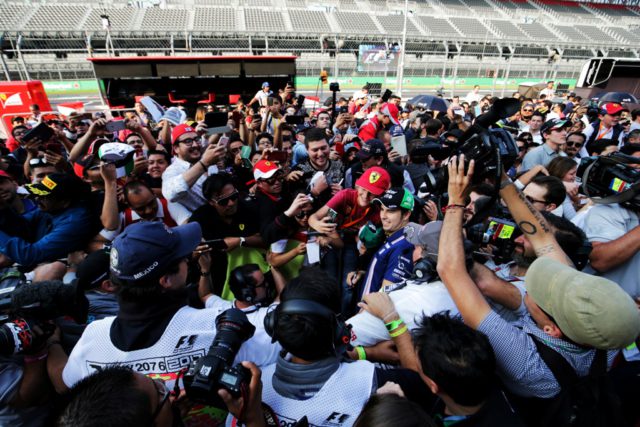 Sergio Perez is the home hero this weekend in Mexico and feels great before the race at the Autódromo Hermanos Rodríguez.

“It’s a race that I’m waiting the whole season for. It comes really late in the calendar, but it comes at the right time. Just the atmosphere, the energy I get from the fans is something that is extremely amazing. So much support. From the moment I arrive to the moment I leave it’s flat out and yeah, so much looking forward to give the very best to all my fans in the track and off the track, to give the very best to them”, the Force India driver explained.

There were team orders in the team after incidents between them in Baku and Belgium.

“Well, in Austin and in Japan, for example, we knew that the priority was to secure fourth place in the Constructors’, which we are very close to doing so”, Perez said. “So that’s the main priority. Then I think we have to gain the trust back; to show the bosses that we can race without any trouble. I think here we should be quite strong actually. We have a couple of upgrades on the car and I think the track should suit the car quite well, so definitely looking forward and to finish our season, which has been good, on a high. Free to race? That I haven’t heard. You’ve heard it first. But probably yes, we should be able to race here.”

“I think we obviously had a bad relationship since Baku and especially we hit a very low point in Belgium. But afterwards we had a good conversation between us only, no one was involved there in the team. I think since that point everything has changed you know, the atmosphere, not only between us, also the engineers and everyone, is really good.” 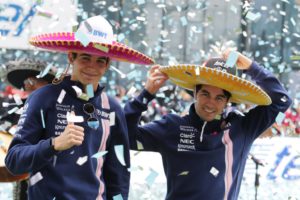 “Having both sides working together has made a big difference”

“And especially going into next year it’s really important. It’s a massive challenge. We have to work together for the benefit of the team. It’s very important that in a team that both drivers are united. Obviously, you want to beat each other but it’s important to have that respect. I think that respect is in place now. It’s something that makes me happy and the atmosphere is good.”

“I don’t think the fans will be bad to Esteban. Obviously, they will support me a lot here but I see no reason why they should be bad to him. If anything, every event we have done so far they have been very good to him, not only to him but to everybody else. They really like the sport and at the end of the day it’s just a sport and it’s how it should be.”

Perez also said that according to him “it is fair there is no number one driver in the team. I think both drivers in any team should be treated equally, with the updates you get, etc. At the end of the day, the number one driver is always the one that scores the most points or can deliver the most for the team. And that’s my priority, to try to deliver the most for the team but, at the same time, help with the development, work together with Esteban to help the team, and move forward. Because considering the tight budget we have, and we’re fighting forces like Red Bull or Ferrari, it’s really difficult for us. We really have to work, all of us together, to try to move the team forwards, and I’m trying to improve that.”

“It has been a very tough couple of months for my country in general, not just Mexico City, but other cities”, he admitted.

“What happened was horrible. But it was amazing to see so united Mexico. But not only Mexico, the whole world, how everyone supported Mexico was pretty special. I think that’s one of the reasons that this race is going to very special for the fans. I really hope that the fans that come here will have an amazing time and the ones watching at home, hopefully, I give them an amazing race and a lot of happiness that they really deserve to have.”