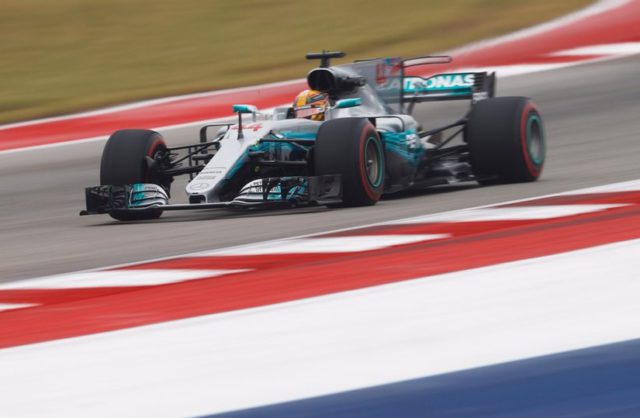 Lewis Hamilton remained at the top during Friday afternoon’s second practice session for the United States Grand Prix. He set the fastest ever lap around the Circuit of the Americas.

Hamilton, led the FP1, produced a time of 1:34.568 on the Ultra Soft tyre compound. He beat his pole position effort from last year and set a new overall record.

Hamilton’s nearest rival was Max Verstappen, who finished four-tenths adrift, but would have been closer without a wild moment at the penultimate corner.

Vettel session was far from smooth, though, as he took a trip through the gravel at Turn 19 and later reported that the front of his car “felt like jelly”.

Valtteri Bottas, Daniel Ricciardo and Kimi Räikkönen were all significantly slower than their team-mates, occupying fourth through sixth.

After another FP1 run for Sean Gelael, Daniil Kvyat completed his first laps in Formula 1 machinery since the Singapore Grand Prix. He finished 13th.

He finished over a second quicker than debuting Toro Rosso team-mate Brendon Hartley. The last one led the mileage charts with a focus on longer running.

Another great session for @LewisHamilton, who posts the fastest ever F1 lap at @COTA ⏱️#USGP #FP2 pic.twitter.com/El9jTPPISp