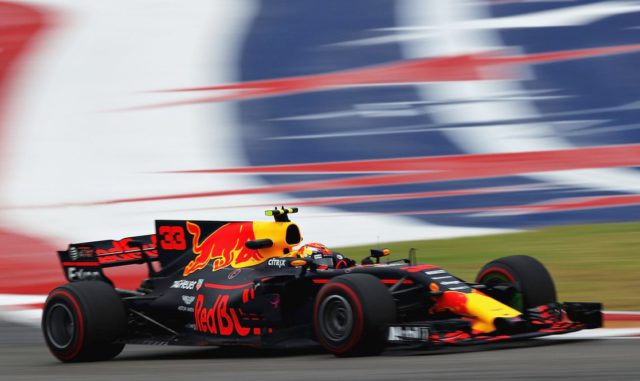 Max Verstappen and Nico Hulkenberg will take grid penalties in the United States Grand Prix. The Red Bull driver is expected to take a new internal combustion engine and at least one other new element. This means he will earn at least 15 places in penalties.

“At least you can overtake so it’s not such a problem, Helmut Marko from Red Bull said. – And it’s could be wet. I don’t know exactly what will be changed and what won’t be. Wait until Saturday.”

Hulkenberg in Renault will fit sixth MGU-H, fifth ICE and fifth Turbocharger ahead of Friday practice at the Circuit of the Americas. As a result, he will take 20 places drop.

Vandoorne, meanwhile, has moved onto his eighth ICE, featuring small updates from Honda. This has labelled the unit ‘Spec 3.8’, leading to a five-place drop.

Robert Kubica will drive in Renault Sport Trophy’s 5th round

Wolff: The championship fight is so close that predictions are almost meaningless