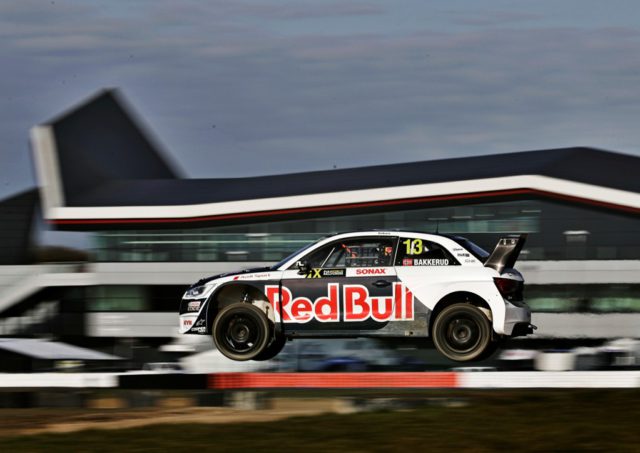 From 2020 on, the FIA World Rallycross Championship (World RX) is planning to race with electric cars. Audi is currently considering a possible commitment. The technological potential of the current Supercars being fielded in 2018 and 2019 has not been fully exploited either. The new Audi S1 EKS RX quattro is a perfect example as it is superior to its predecessor in almost every area.

Audi Sport is literally giving wings to the rallycross team of two-time DTM Champion and World Rallycross Champion Mattias Ekström. The complex rear wing of the all-wheel-drive sports car is just one of the results of the intensified technical cooperation between Audi’s motorsport department and EKS Audi Sport. “Last season, we started providing factory support to Mattias Ekström’s team in the World RX,” says Head of Audi Motorsport Dieter Gass. “Now our engineers have been involved in the further development of the car for the first time as well.”

With innovative aerodynamics concepts, Audi was some crucial steps ahead of the competition in recent years with LMP sports cars and in the DTM. This know-how has now been fed into the second generation of the new Audi S1 EKS RX quattro. The new rear wing generates more downforce while concurrently reducing aerodynamic drag. The engineers have optimized the location of the cooling systems with maximum efficiency in mind as well. They are now supplied by air scoops in the roof and in the rear side windows. 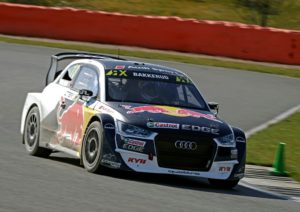 Compared with the first-generation Audi S1 EKS RX quattro, the technicians have changed the position of the two-litre four-cylinder turbo engine

This, in turn, entailed extensive modifications of oil management. This year, for the first time, there’s an anti-lag system which maintains the turbocharger’s speed even when the driver lifts. The software of the engine is new as well.

Maximum engine output has increased to 580 hp (426 kW). However, the further development’s focus was not directly on maximum power output but on drivability. For this purpose, the engineers have optimized boost pressure in part-load and overrun conditions too.

“We have noticeably more engine power than ever before,” says Mattias Ekström who, following the first test laps with the new engine in Majorca, climbed out of the cockpit with a broad grin on his face. “Putting the power on the ground is even more important.” 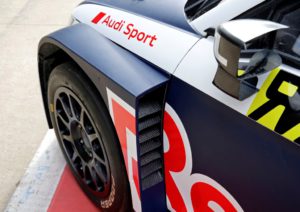 At about 40 percent, it is the largest on the track at Trois-Rivières, Canada. Therefore, the suspension, dampers and traction are of major importance.

“It’s the sum of many small details that account for this progress,” says Mattias Ekström. “We’ve improved in all areas and know how much faster our new car is. I’m very happy with the work that has been done and hope it’ll be enough to celebrate victories and finish on podium regularly again. At the same time, we have very strong competitors who haven’t slept either. We’re only going to see where we stand at Barcelona.” 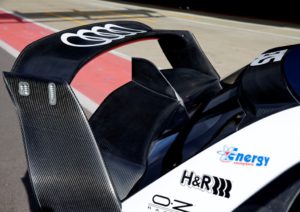 On the Spanish race track, the new season will kick off on April 14 and 15

EKS Audi Sport has prepared two new cars at the team’s base in Fagersta, Sweden. The Audi S1 EKS RX quattro with chassis number 006 will be the race car of new signing Andreas Bakkerud, Mattias Ekström will receive chassis 007.