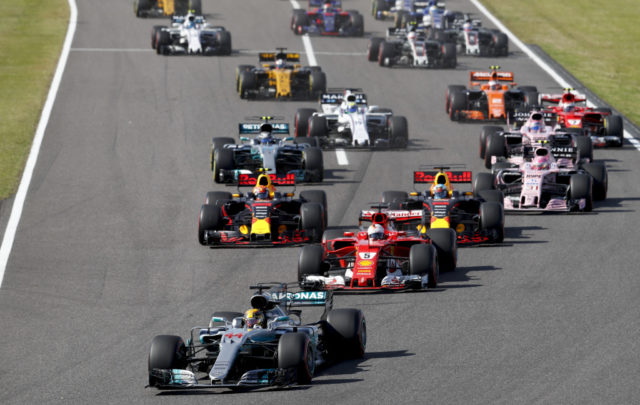 The Mercedes team is very much aware that its recent results came because of their rivals’ misfortune. In Singapore, a crash took out of the race both Ferrari drivers. Sebastian Vettel went at the back of the grid in Malaysia due to a power unit problem. The same glitch interfered and did not let Kimi Raikkonen start at all at Sepang. In the latest 2017 Formula 1 round – the Japanese Grand prix – Vettel again had a technical issue, which took him out of the race once again.

“One look at the points standings might give us some brief comfort. But there are still four races to go, 100 points to win in the drivers’ title. And, if the past weeks have shown us anything at all, it’s that anything can happen in motorsport. We take no prisoners in how we claim our points – but we are all conscious that we have benefited from our rivals’ misfortune and reliability woes in recent weeks”, Toto Wolff Mercedes motorsport director said.

“So nothing changes in our approach: we must take the next races one at a time, push to better understand the car and keep our humble attitude. That is the approach that has worked for us so far and the way we will continue until the final race in Abu Dhabi.”

Technical director James Allison admitted that Mercedes departed Sepang “with a good result but in poor spirits because of a tricky weekend”. The team “arrived [at Suzuka] under a bit of a cloud regarding the performance of our car”. Thus the good result was even better received than usual.

“This was welcome on many levels: first, for both championships; second, because we were able to categorically answer the questions regarding the development direction of our car; third because this was the vindication of a team that, even when it takes a blow, can spring right back up and apply itself to the challenge with fresh vigour. We have not exorcised all of our Sepang demons but every result like that is an opportunity to learn and improve. We have seen some of that learning applied here in Suzuka and we will continue to do the same for the remainder of the year”, Allison added.