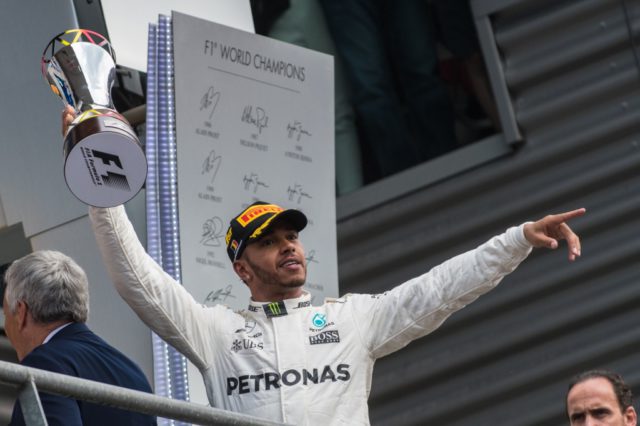 Lewis Hamilton took his 58th career victory today – his third at the Circuit de Spa-Francorchamps and fifth of the 2017 season. The result marks the 71st victory for the Mercedes-AMG Silver Arrows in Formula One. Lewis (213 points) closes the gap on Sebastian Vettel (220 points) to seven points in the Drivers’ Championship, with Valtteri Bottas (179 points) in P3. Vettel finished second at Spa, while Daniel Ricciardo was third.

“It’s amazing to come back into the season and start on the right foot. The Ferrari was very strong today and they put on a fantastic fight. We were both pushing every single lap and there was no room for error or mistake. The Safety Car was driving so slow that keeping tyre temperature was very difficult. On the restart, Sebastian got a good tow, it was very close. It is fun to be racing against another team and Sebastian at his best and the car at its best – that’s what racing is all about. I want to thank the team, I would not have been able to win today without them.”

“If we had ended up ahead in qualifying, then we would have had a good pace to stay in front today! I was surprised how close I could follow through the whole race. So I am a bit angry at myself, because, when the race restarted after the safety car, I was probably too close to Lewis out of Turn 1. I tried to open the gap down Eau Rouge but it’s a difficult compromise. You see the cars coming behind and you know that you need to defend, instead of focusing on attacking. At the same time I know that down the straights we are not as quick as Mercedes.”

“So, I am not entirely happy, but after all it’s been a great weekend for the team. We don’t need to be afraid of any circuit, I believe we have the best car in terms of package. There’s still something missing but the guys in Maranello are very motivated. I think we have done the biggest improvement and a big step forward. Now we turn the page on and move on to Monza: let’s see what happens there.”

“It’s always nice to get a podium for sure. Especially after yesterday when you’re on the tail-end of that Top 6, then all you think of is moving forward, so I honestly believed we could be better than sixth today. Max had a problem and then Kimi made his mistake with the yellow flag so we gained a few positions but I think after the first stint our pace improved a lot. We showed a more respectable pace today and then we had an opportunity under the safety car with the re-start and took the most of that, so I’m really happy with the result. I definitely feel for Max. He’s had a pretty up and down season and most of the time it was out of his control so of course that’s frustrating especially for this to happen at his home race.”

Vettel and Coulthard to race at ROC Mexico