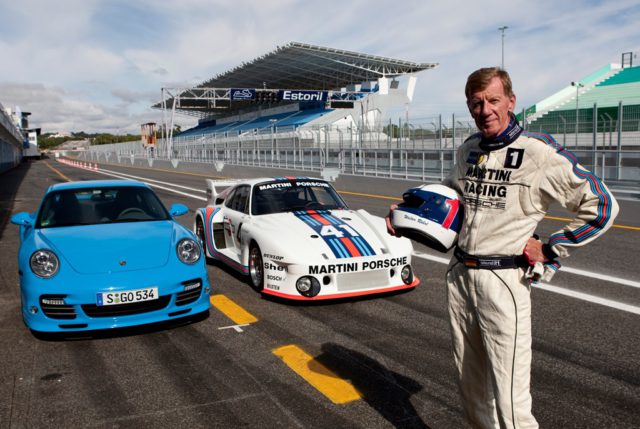 More powerful and faster cars, two circuit courses, a new Service Park on the lakeshores of Bostalsee, and classics such as the stages on the Panzerplatte at Baumholder, in the Mosel vineyards and on extra-urban roads in the Saarland region – the ADAC Rallye Deutschland from 17 to 20 August promises to be a mega event.

The only German WRC rally kicks off in Saarbrücken today with two highlights: first, the presentation of cars and drivers on a podium in front of the State Theatre, and right after that, the prologue across the urban motorway bridge. Fans will also be close to the action on Friday, during the next circuit course in Wadern-Weiskirchen.

“That’s a real treat”, says rally legend Walter Röhrl for the ADAC Rallye Deutschland press office. “It’s perfect for the spectators, because they get to see all the cars several times.”

What makes the rally so special in his opinion is its diversity?

“Three totally different areas – that’s quite a challenge”, says Röhrl, who was presented with a lifetime achievement award at last year’s ADAC motor sport gala. “You definitely need the skills.” For instance, on the “really narrow, undulating paths through the vineyards” or on the “superfast extra-urban roads in the Saarland”. Röhrl also finds the Special Stages on the Baumholder military range attractive. “They require extremely precise and very focussed driving, because the large Hinkelstein boulders lining the track won’t just move out of the way.”

While he thinks the famous Gina jump is a great thrill for the spectators, he does not like it from the driver’s perspective. “If I want to fly, I’ll get a pilot’s licence”, quips the two-time World Champion. “I hardly ever jumped. Instead, I slowed down just before the crest and then made up for the lost seconds with my driving skills.”

More than a hundred teams, including 24 young drivers in the ADAC Opel Rallye Cup, will accelerate and drift on 21 Special Stages, covering a total of approx. 310 kilometres. The world’s best drivers lead the field in their World Rally Cars (WRC). The 2017 generation has more wings and horsepower, is wider and faster than its predecessors. Röhrl comments: “Incredible how they zip around the corners.”

Currently the best car, in his opinion, is the Hyundai i20 WRC driven by Thierry Neuville, “a very fast young man” from Belgium.

According to Röhrl, Citroen – considered one of the favourites at the beginning of the season – have great potential, despite a weak start

He also thinks that a year of apprenticeship is in store for World Championship novice Toyota. “They need to develop – you’ve got to give them time.” By far the best driver, in his opinion, is Sébastien Ogier from France. “He’s the best, hands down.” While still under contract to Volkswagen, Ogier won the World Championship four consecutive times. After VW retired from the rally, he joined the M-Sport team. “Sébastien, now you can show that you are good in a weaker car, too,” Röhrl said to Ogier at the ADAC motor sport gala last December. He is convinced that the Frenchman will come out on top again: “He will adapt the Ford to his needs.”

Things are already looking good. After the Italian rally Ogier held a narrow lead over Neuville. The dominance of previous years is over – five different drivers won the first seven WRC events this year. It’s been a long time since the world elite drivers were so closely ranked – almost a decade and a half.

Vettel on poleposition in Canada

Sauber F1 Team to use Honda engines from 2018 onwards

Fernando Alonso: The car felt as good as it did at the test