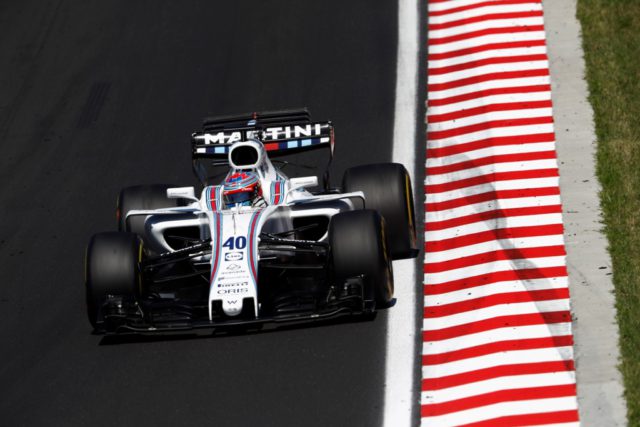 Paul di Resta had to jump in Felipe Massa’s Williams FW40 during the weekend of the Hungarian Grand prix after the Brazilian felt unwell. The Scottish driver had no real previous experience with the 2017 car or tyres. But he still did a very respectable job on the circuit, although he did not finish the race.

It was obviously a very exciting day, but it was a very difficult day as well. Jumping straight in the car with no experience of the different tyre compounds or running on high fuel. I wasn’t sure what to expect so I went in with an open mind. You have to be very aware of the space around you, and how much downforce you lose when there’s traffic around you. So I was cautious and just wanted to keep my nose clean. We went a different way on strategy, but the biggest thing for me was just gaining the confidence as the runs went on and I was feeling more comfortable with the car. It would have been nice to finish, without the oil leak. But overall I’m not too dissatisfied with where I was given how little running I’d had.

It was a very long afternoon to bring away very little, unfortunately. Paul, considering the circumstances, drove a great race with good consistency and stayed out of trouble. But unfortunately what appears to be an oil leak developed, as we were seeing an escalation in oil consumption so we decided to retire the car before the engine was in danger of losing oil pressure. So it’s a great shame for Paul, considering his fantastic response to our urgent need yesterday. We’re sorry not to give him a car that could get him to the finish. On Lance’s side, he kept up with the pace the car was capable of, but we were just not quick enough today to really compete in this race. We have the summer break to refresh and come back positively at Spa. Of course, we all wish Felipe the best with his recovery to good health for the next race.

It was quite a boring race, I was driving alone the whole time, so not much happened and we didn’t have the pace this weekend to stay with the others. I tried everything I could in the first stint to hold the other guys, and I was doing okay. Then, in the second stint, I tried the undercut but I just didn’t have the pace and overheated the rears too much. We kind of finished where we started, and we expected that. All in all, it was a tough weekend, but we now need to look forward to the other kind of tracks – Spa, Monza – that should be better for our car.

Now we are over halfway through the season, I feel very different to Australia. It was my first race and with each one, I have been getting a little bit better. Obviously, you shine a bit more on the tracks that work with the car, but for sure every race and every weekend I am getting more experience and becoming a better driver. I am now looking forward to the break to recharge the batteries and do a lot of training.