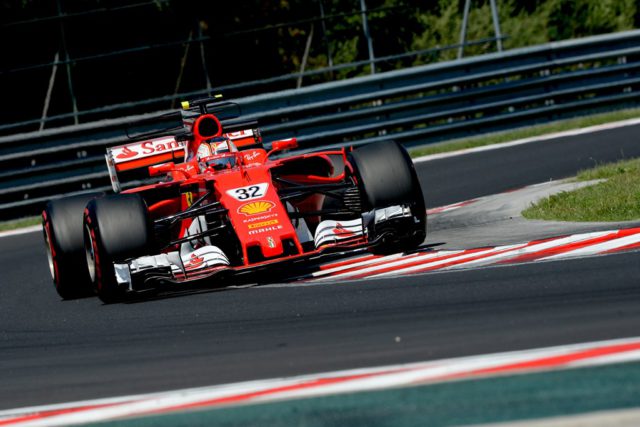 Charles Leclerc was fastest during the first day of the Formula 1 test at Hungaroring. He did 98 laps at the wheel of the SF70H and his best time was 1:17.746, on the soft tyres.

“Driving a Ferrari is never a ‘normal’ experience,” commented the 19-year-old Leclerc

“I felt as though I was driving a race car for the very first time. It’s a great honour I have been accorded and I thank Ferrari with all my heart for this opportunity. I am pleased with the work I did and I hope the team is too. Driving the SF70H was a fantastic feeling and coming from F2, it’s a whole other world, from every point of view. It was the first time that I’ve driven a Formula 1 car with the wider tyres and this level of aerodynamic downforce and it was an incredible feeling.”

“I also learned a lot from the work in the garage: Ferrari has the best engineers in the world and I felt very comfortable working with them. To set the fastest time is nice, but, in testing, its importance is only relative. I can now go on holiday in a happy mood, before concentrating on the second part of the F2 season. For the moment, Formula 1 is just a dream. I still have work to do and I know that: one step at a time.”

Stoffel Vandoorne was second for the day, his work interrupted by a technical problem

In the morning session, McLaren focused on a number of shorter runs, running through rapid set-up changes and aero correlation tests between laps for swift evaluation. Later on, Stoffel began some longer runs, again focusing on evaluations of chassis handling and stability.

Shortly before lunch, after Stoffel had completed 35 laps, the team stopped the car out on track as a precaution due to a suspected fluid leak, which brought out the red flags. The team did a thorough check of the chassis and power unit, and the leak was traced to the engine. For the remainder of the afternoon, the team focused on further balance, handling and set-up changes with a variety of short runs on different tyre compounds and fuel-loads.