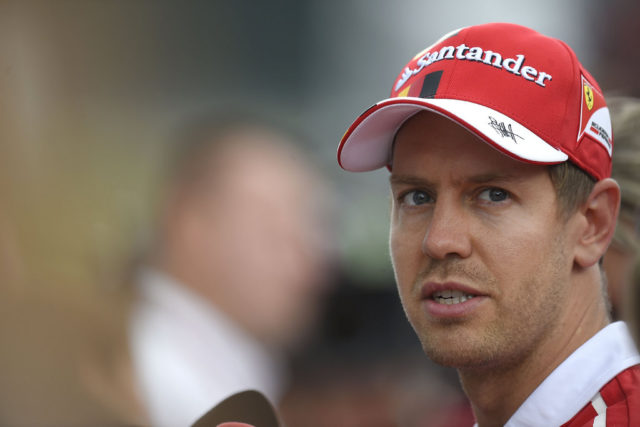 Sebastian Vettel repeated that he apologised to Lewis Hamilton for the incident between them during the Azerbaijan Grand prix. The Ferrari driver also said that all is in the past now and there’s no need to drag it out any longer.

“Obviously, I had a very different view inside the car than I had with a little bit of a gap and outside the car. Hence why obviously I made a statement. I had the chance to quickly talk to Lewis after the race. But I don’t want to pump this up more than it is already. I think that it’s my right, our right that it stays between us. I think I said everything I had to say, it was the wrong decision. Obviously, I got a penalty in the race and, lost a potential race win. We couldn’t obviously foresee that Lewis was running into a problem with his headrest but could have been a lot more points at stake. After that obviously, I tried everything to recover”, Vettel explained during the press conference at the Red Bull Ring in Austria.

“It was the wrong move, the wrong decision to drive alongside him and hit his tyre”

“So, that’s obvious I guess what you all want to hear but there’s not much more to say. At the time, I was surprised. It felt like Lewis hit the brakes and I couldn’t stop running into his car. But I also said in the statement and said afterwards that I don’t think there was any bad intention. So, I don’t think he actually brake-tested me. At the time, I read it like that. I was surprised, and hence why I was obviously I was upset and overreacted. Am I proud of the moment? No. Can I take it back? Do I regret it? Yes. So, I don’t think we need to drag it out any longer.”

“Obviously, I did a mistake so I can understand he’s upset but it’s nice to hear that we are able to move forward”

“Yeah. I think the respect that we have for each other on-track, off-track helps us in this regard.”

“The person that I had to talk to was Lewis, that was the most important. Obviously then on Monday, I went to Paris to see the FIA, we had the hearing, they asked me my opinion in terms of what happened, to run through the incidents. That’s what I did, so yeah, I don’t think, as I said, there was a need to talk to you (the journalists) straight after. You’re not the most important people I think. As I said, the most important for me is the guy I’m racing with, is Lewis, and that’s the one I decided to call first.”

“Kevin, do you have anything to add to that?”

MAG: “I have no grudges to either of those guys” ?#AustrianGP pic.twitter.com/HIJ2YYClil

Breen and Østberg in the podium fight