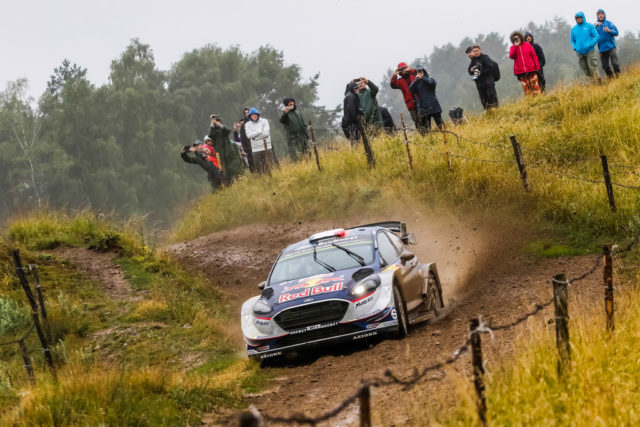 Sébastien Ogier and Julien Ingrassia can never be discounted, and that was certainly the case at last weekend’s Rally Poland. The French pairing piloted their Ford Fiesta WRC to a sixth podium of the year.

Relentless in his point-scoring consistency, Ogier also set the second fastest time through the Power Stage. This way he secured an additional four points and maintains his lead at the head of the drivers’ championship.

Having to contend with his fair share of issues throughout the event, Ogier never lost his focus and has secured a strong haul of points as a result.

Sébastien Ogier: “The good luck hasn’t really been on our side. But we made the most of it and secured some good points”

“The rally was really tough for us so to come away with a podium is more than we expected”, Sébastien Ogier said.

“Of course, I’m sorry for Ott [Tanak]. He had really good speed during the weekend and deserved to be on the podium. But that is the way it goes sometimes.”

“We had a lot to contend with. It’s fair to say that the good luck hasn’t really been on our side. But we made the most of it and secured some good points which are really important for the championship.”

“Now I can enjoy my holiday and come back ready for what is sure to be another exciting battle at Rally Finland.”