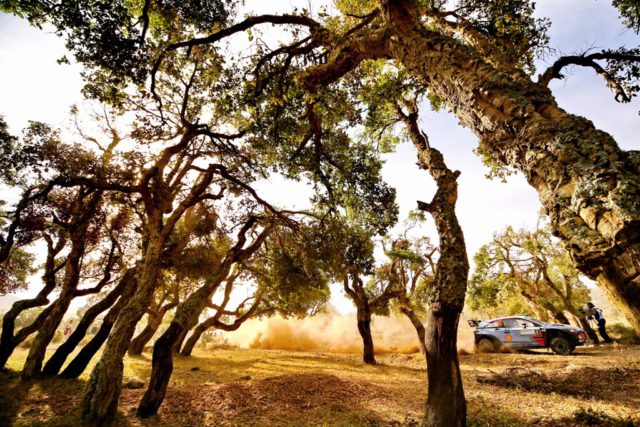 Seb Marshall recently made quite big a step – he became permanent co-driver of Hayden Paddon in the World Rally Championship.

How excited are you to be Hayden’s permanent co-driver?

“I’ve done lots of WRC events over the years but it was always a part-time programme so to compete full time in a World Rally Car and with a driver of Hayden’s calibre is fantastic. I’m hoping it’s going to be a great partnership.”

What has the step up in performance from R5 to World Rally Car been like?

“It’s a pretty big jump from the R5 car, which I’ve spent the past few seasons developing with Kevin [Abbring]. From my perspective, the step from the R5 to the 2016 World Rally Car is almost the same again to the 2017 WRC. It’s not so much the braking or acceleration as the corner speed. Normally you can pause for a bit in a corner in an R5 car, get through it and read the next note, whereas the corner speed in the new WRC car is just phenomenal.”

In terms of working with a new driver, what are the challenges you face?

“I’ve got to learn a new pacenote system. Drivers have their own words and way of describing the road, and I’ve had to learn how Hayden wants the pacenotes delivered in terms of timing and rhythm. But you’ve also got to get on with each other, learn if he’s not good in the mornings or what might wind him up or motivate him. But I’ve done it enough times in the past with other drivers that it’s something I find quite enjoyable.” 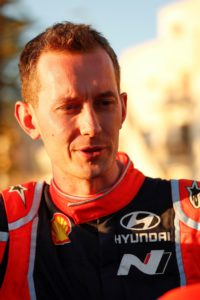 What’s your view of Rally Poland?

“I’ve done it three times now, once when it was in the European championship, once with Molly [Taylor] in JWRC and a couple of years ago with Kevin in the WRC. It’s an event where they change the stages quite a lot but they all look similar – incredibly fast through open fields. There’s always a great atmosphere with lots of fans.”

How much help have you received from Nicolas Gilsoul and Marc Marti, your fellow Hyundai Motorsport co-drivers?

“I’ve been working in the Hyundai team for over two years and I know the other guys quite well. We keep ourselves to ourselves before the event, but on a rally we share information for the recce and things like that. You’re certainly not fighting your own corner, it’s a team effort.”

Congrats @KevinAbbring & Pieter for winning the @ypresrally. Know how much you wanted this one, well done buddy ????