Fernando Alonso qualified fifth for the 101st Indianapolis 500, which was also his first attempt in such a session on an oval. 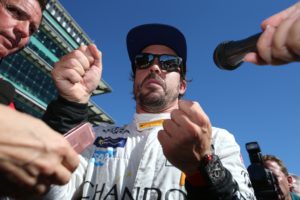 “The practice felt good on the car and then we spotted some issues with the engine,” Fernando Alonso explained

“At one point in the morning, we didn’t know if we were able to run in qualifying because we had to change the whole engine. But the team was amazing. They were guys from all six (Andretti) teams working on car (No.) 29 just to make it possible, so thanks to all that teamwork, I was able to go for qualifying.”

“I think the car was better than on Saturday with the balance after the malfunction in the morning’s practice”, Fernando continued. “Unfortunately on Lap 2, we had an overboost problem in the last corner so hitting the brakes out of the corner, I think I lost a little bit of speed into the main straight. But it’s the way it is – nothing you can change now. The guys had to change the engine in record time, in an hour and a half.” 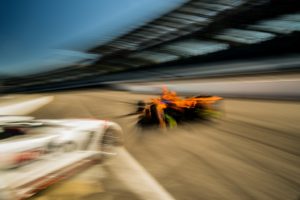 “I’m happy to be here qualifying. I think we could have easily been fighting for the pole if we didn’t have that problem”

“At the end of the day, as long as you secure the top nine, it doesn’t really make a huge difference for the race.”

An amazing #Indy500 qualifying debut from Fernando. Indianapolis, it’s good to be back. ? https://t.co/dkibIaUIS0