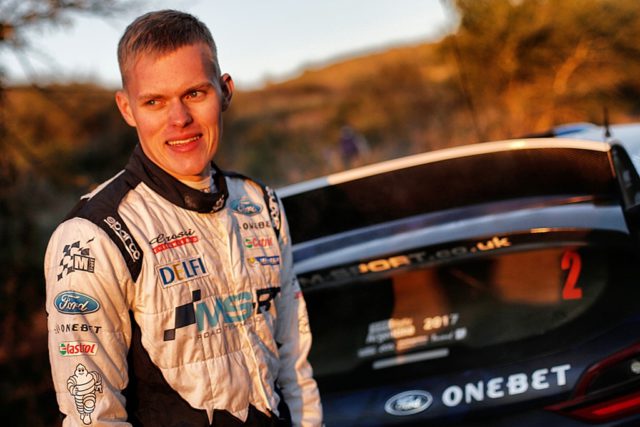 Ott Tänak and Martin Järveoja had a clear strategy for Rally Argentina and executed it perfectly – securing their third podium of the year with third place overall.

Delivering a highly intelligent performance, the Estonians stuck to their game plan. Keeping a check on their speed through the treacherously rough terrain of the opening stages, they then tapped into their reserves through Saturday’s smoother conditions – posting two fastest stage times and climbing from fifth to third.

Embarking on the final day of competition, Tänak was just 15 seconds adrift of second position and got his potential challenge off to the perfect start with the fastest time through the opening stage of the morning.

As the stages became more challenging, the Estonian’s game plan came into play once more. Consolidating his third place and taking three points from the Power Stage, Tänak takes good points away from last weekend and is already looking forward to the next encounters.

Ott Tänak: “In the past I’ve not been so lucky here so we decided to change the approach”

“It’s been a very good weekend for us. In the past I’ve not been so lucky here so we decided to change the approach and had a clear strategy of what we wanted to do”, Ott Tänak said.

“We played it safe through the rough stages on Friday. Maybe a bit too safe to be honest as we gave a lot of time away. But since Saturday morning when the conditions became a lot smoother we have been on the pace.”

“The guys at the front have been really on it on Sunday. So we weren’t able to build on third position. But we come away with another podium and some good points so we’re happy with that.”

“Coming up next, Portugal is one of my favourite rallies. I’m really excited to get back to Europe and tackle some of the more ‘traditional’ gravel events. We’re in a strong position in both championships and the plan will be to build on that as the season continues.”

24 Hours for family and back to work tonight! ✈️??? pic.twitter.com/KeBzkfNjtm

Gasly: At the moment, I don’t know how many races I’m going to do...

Marc Marquez: I really gave it my all