But Ogier fought back to regain the initiative in the penultimate speed test. And he wins the four-day gravel road encounter by 10.6sec in a Ford Fiesta.

Latvala in a Toyota Yaris, finished 24.5 sec ahead of team-mate and fellow Finn Esapekka Lappi.

It means Ogier is the most successful driver in the event’s history, moving ahead of Petter Solberg and Hannu Mikkola’s four wins apiece.

Ott Tanak had held a comfortable lead and looked on course for a fourth consecutive WRC rally victory to cut Neuvile’s lead further. But he lost his sump guard and suffered radiator trouble on Saturday afternoon.

“It was a huge weekend. It was such a tough fight! Ott was so far ahead and then he had his trouble, and then Jari-Matti was so strong, Ogier said. – I didn’t think I’d make it in the forests, it was so tough. But asphalt is a surface I like and we managed to secure the victory. 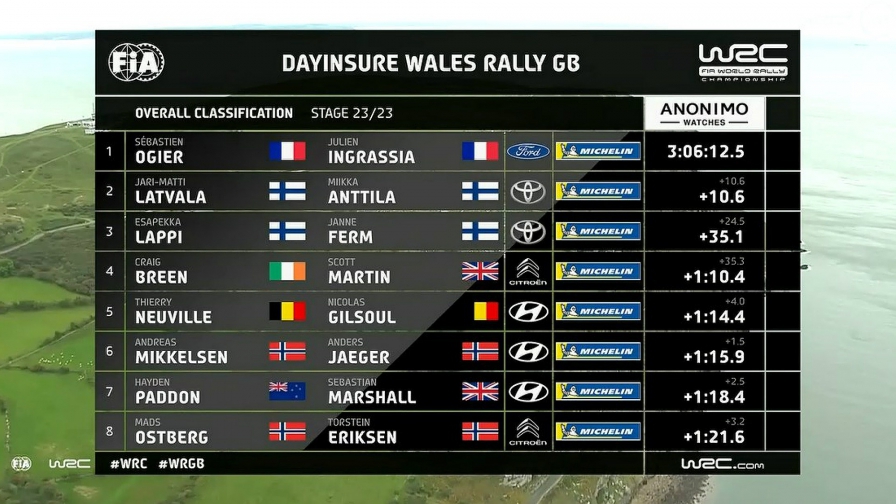 Vettel dedicates his Brazilian win to the Ferrari team