The Spanish Grand prix is the fifth round of the 2018 Formula 1 world championship.

But @LewisHamilton ended the run last time out #F1FastFact pic.twitter.com/z5ff1D16xh

Lewis Hamilton holds the qualifying lap record at Circuit de Barcelona – Catalunya (1:19.149), set last year with Mercedes. However, the fastest unofficial lap belongs to Scuderia Ferrari driver Sebastian Vettel, who turned a lap of 1:17.182 on March 8 during the penultimate day of pre-season testing. 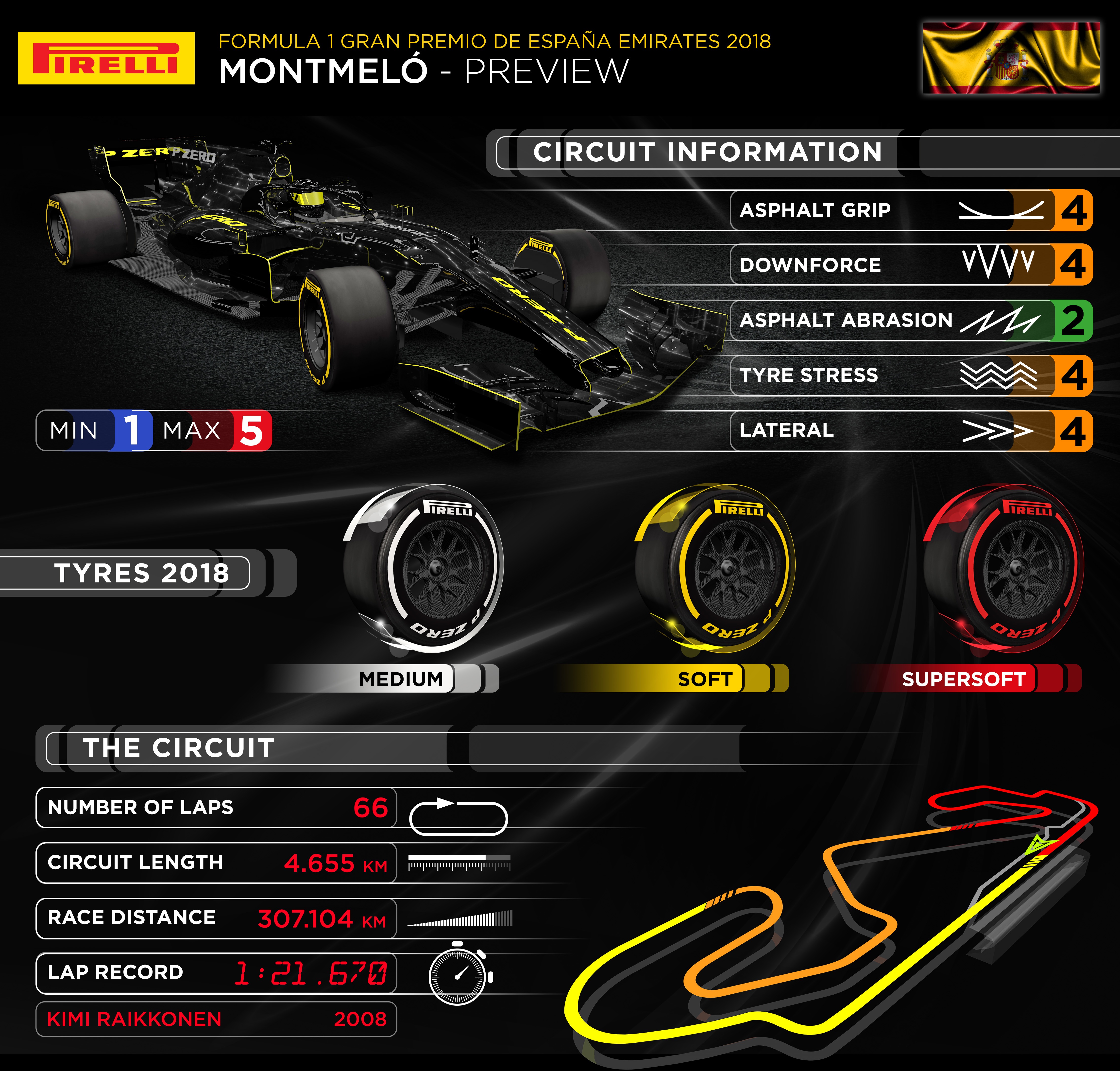 The Circuit de Barcelona – Catalunya is considered to be very representative of all the tracks Formula One visits, making it an ideal facility for testing

The track has only two sub-100 kph (60 mph) turns, and the layout’s mix of medium- and high-speed corners allows teams to gauge their car’s aerodynamic efficiency. Teams spent two weeks at the circuit prior to the start of the season, testing Feb. 26-March 1 and March 6-9. However, familiarity does not lessen the challenge for teams and their drivers. The track’s mix of corners makes for a physically and mechanically demanding race.

DYK? The Circuit de Barcelona – Catalunya is one of four Formula One locations with ties to the Olympics. The venue was the site of the start/finish line for the road team time trial cycling event when Barcelona hosted the 1992 Summer Olympics. Sochi, site of the Russian Grand Prix, hosted the 2014 Winter Olympics. The backstraight at the Circuit Gilles Villeneuve in Montreal runs adjacent to the Olympic rowing basin used during the 1976 Summer Olympics. And the Magdalena Mixhuca Sports City, in which the Autodromo Hermanos Rodriguez is located, hosted numerous events during the 1968 Summer Olympics in Mexico City.

Focus points Gaining a quick understanding of the car and the conditions. The teams had eight days of winter testing at the Circuit de Catalunya, but the weather was unrepresentative. Snow, rain and single-digit temperatures resulted in little meaningful performance testing, which gives the teams little relevant data going into this weekend.

Most demanding section Turns One, Two and Three. Turns One and Two are deceptively fast, taken at 180km/h (112mph), and many drivers hit the inside kerbs to help rotate the car and aid direction change. Turn Three is a breathtakingly fast right-hander, through which the cars accelerate to 285km/h (177mph) at the exit.

Sectors One and Two are high-speed, through which aerodynamic efficiency is crucial; Sector Three is all about slow-speed mechanical grip. To be fast, a car needs to work in every type of corner.

Braking There are eight braking events around the lap, but only two significant stops – into Turns One and 10. Turn One is the most severe corner for the brakes, with the cars scrubbing off 215km/h (134mph) in just 100m/0.0621 miles, which subjects the drivers to 5.6g. 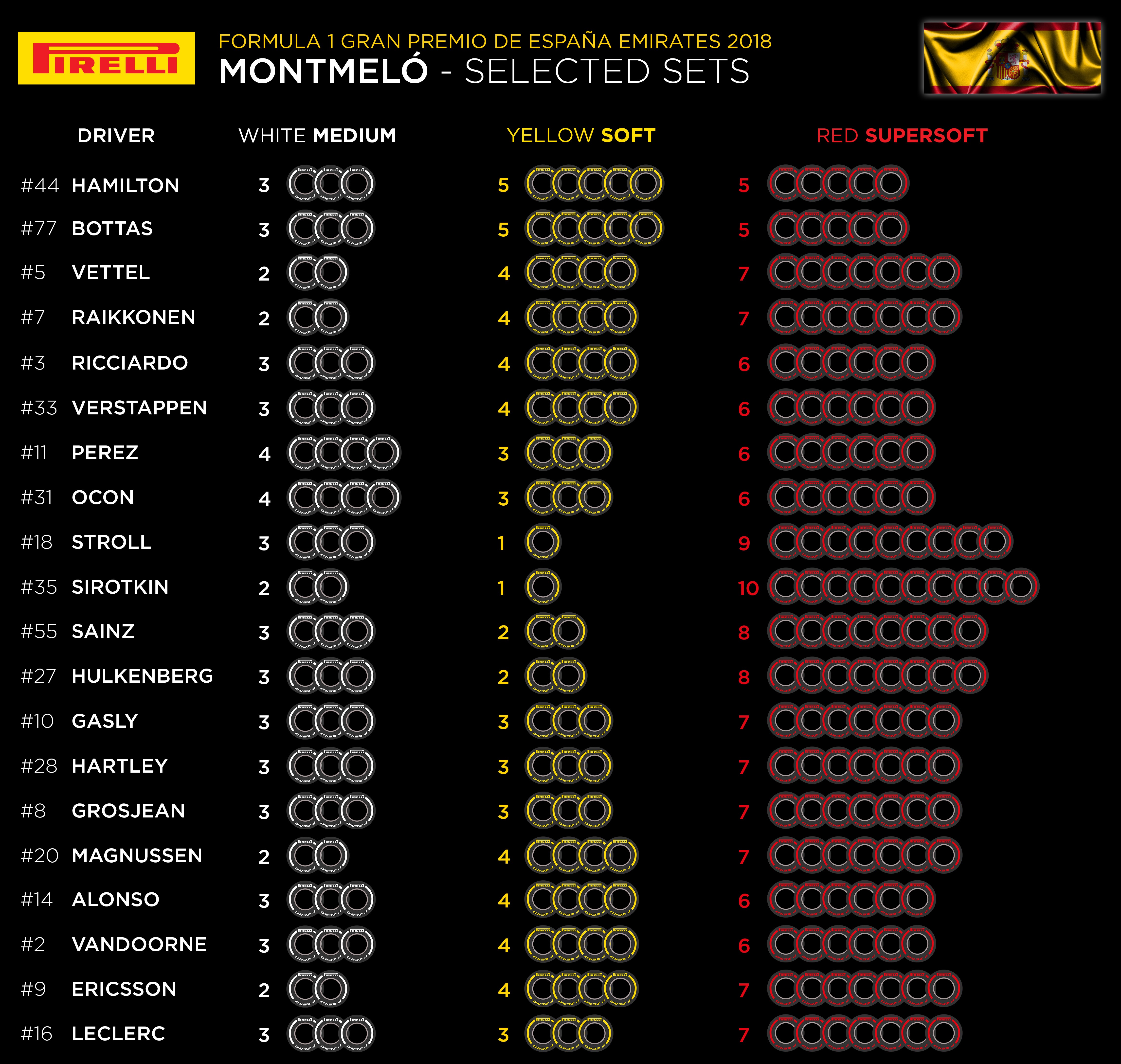 Power The cars use 1.7kg of fuel per lap, which is average for the season. It’s quite a demanding race for the ERS as well because there are two long periods of full deployment.

Aero After running a low downforce configuration in Baku, it’s back to maximum downforce in Barcelona. The eclectic mix of corners, particularly the slow-speed chicanes in Sector Three, mean the best lap times are achieved by maximising cornering performance.

Celebrating 60 years of an icon: The MINI 60 Years Edition

Elfyn Evans: We kept at it, kept pushing and managed to claw our way...