Skoda works duo Jan Kopecký/Pavel Dresler won the Barum Czech Rally Zlín. They defended their title in the Czech rally championship before the end of the season. This is fourth win for Kopecký in the national championship after 2004, 2012 and 2015. The rally was 8th round of the European Rally Championship.

Kopecký/Dresler had a thrilling duel with Alexey Lukyanuk/Alexey Arnautov. The Czech team led all but one of the 15 stages but never had a substantial lead. The Russians forfeited their chances of a win after an accident on the final special stage.

“I can hardly put my joy into words. We not only got our fifth of five possible wins of the season here at the Barum Rally, but we also clinched the Czech rally championship. It is always difficult to win a title, and even more difficult to defend a title,” said Jan Kopecký. “The Fabia R5, the magnificent Skoda team and my family as my moral support enabled me to achieve this milestone in my career. At this high level here in Zlín we saw how strong our car is. Kudos to Alexey Lukyanuk and Alexey Arnautov, who made things really difficult for us this weekend.”

This year’s Rally Zlín consisted of 15 special stages over a total of 229.94 classified kilometres, of which Jan Kopecký/Pavel Dresler won a total of 10 stages

The number of the day: 4
At the Barum Czech Rally Zlín, ŠKODA works driver Jan Kopecký won his fourth title in the Czech championship for the fourth time after 2004, 2012 and 2015. And deservedly so: With co-driver Pavel Dresler he has triumphed in all five of the rallies held in the current season of the Czech rally championship (MČR). Their advantage of 2:34.0 minutes over the second-placed duo at the Barum Czech Rally Zlín, Tomáš Kostka/Ladislav Kučera is evidence that the duo are in a league of their own. 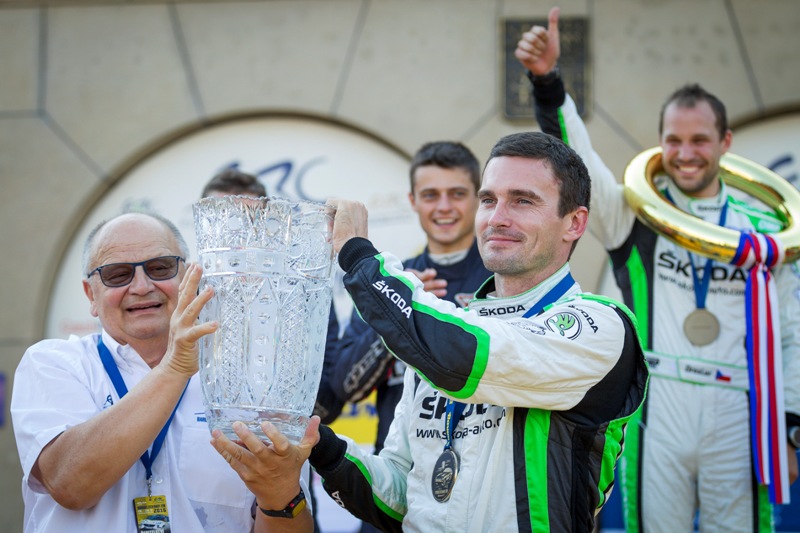 From flames to fame: Björk stars in Vila Real as Homola makes it nine...

Mercedes is conscious that the team benefited from rivals’ misfortune, says Wolff

Ogier feeling confident ahead of his home rally