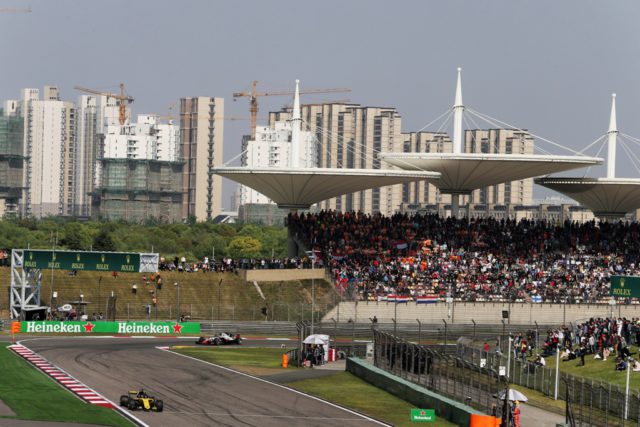 Renault Sport Formula One Team’s Nico Hulkenberg took sixth position in the Chinese Grand Prix. Nico fought through an eventful first lap, managed his tyres well and was able to take advantage of a safety car period for his second stop to be in the fight for the positions ahead of the end of the 56-lap race. Carlos Sainz fought a similar race to finish ninth, also challenging for the position ahead on the final lap.

“Everyone seemed to have low grip at the start with cars sliding all over the place. We were on a two-stop strategy from the beginning, so we had to make the tyre last while maintaining a strong pace. It paid off well; the safety car played into our hands and made things easier, but even without the safety car I think we would have come out on top. The pace was good and we were on top of the midfield, so not bad overall. Eight points, we’ll take that home. It was an entertaining one, that’s for sure!”, Hulkenberg said.

The pace was good today and we were on top of the midfield, so not a bad day overall. Eight points, we’ll take that home. It was an entertaining one, that’s for sure! ✌?@RenaultSportF1 @F1 #ChineseGP #RSspirit #teamwork pic.twitter.com/4drVnn3Fqp 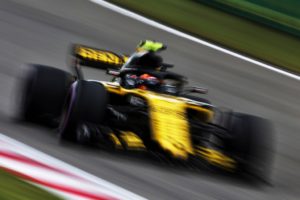 Sainz started ninth and finished in the same position.

“Double points for the team again this year! Well done! I made a really good start moving on one of the Red Bulls but he squeezed me out on the first lap, moving back a couple of places behind Nico. From there we managed to cover two-stops with the aid of the safety car. On my last stint, traffic behind [Fernando] Alonso and [Kevin] Magnussen degraded my tyres too much and I had to save them in order to have a better opportunity at the end of the race. It was really close with [Sebastian] Vettel… had there been another lap I would have had him. Overall, I’m happy to score more points, but I still need to work hard with my engineers to get full confidence with the car.”

“It was obviously a good day for the team which shows we are gaining in maturity. We had decent starting positions with both cars in the top ten, but that actually put us in a difficult position with our race strategy as we knew we would have to do two stops when the competitors around us were in a position to complete the race with one. But thanks to many very clean overtaking moves from our drivers we made that work. The safety car helped slightly but I don’t think it would have changed much. The team is building and getting stronger across the board. Our pace was encouraging, as was the win of Daniel Ricciardo, showing the Renault power unit is getting there and is a race-win capable engine.”

I’m not normally emotional but this is amazing, Esapekka Lappi admitted

Game over for Neuville in the 2017 World Rally Championship title battle?