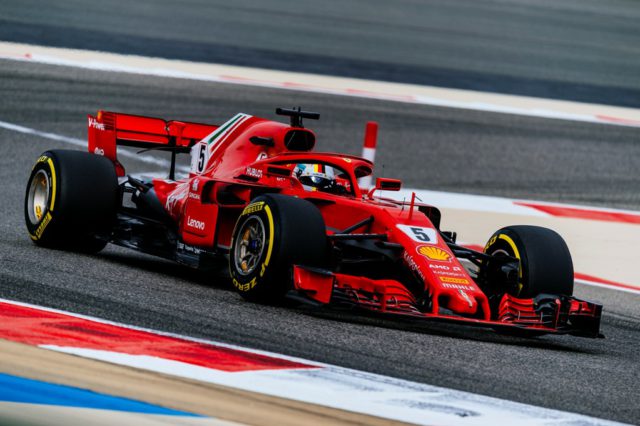 Sebastian Vettel won the pole position for the Bahrain Grand prix after an intense duel with his Ferrari teammate Kimi Raikkonen. Their Mercedes rivals Valtteri Bottas were third and fourth in the qualifying standings. But Hamilton has a penalty – 5 places on the grid – because of a gearbox change.

The track’s temperature had reached 32 degrees at the beginning of Q1. The most surprising event in this segment was the crash of Max Verstappen. The Red Bull driver spun and went off into the tyre barrier between the second and third turn at the Sakhir circuit. The driver was fine but his disappointment was evident when he swore profusely on the radio.

Fernando Alonso hardly managed to get into Q2 at the expense of Romain Grosjean, the other drivers eliminated in Q1 were Marcus Ericsson, Sergey Sirotkin, Charles Leclerc and Lance Stroll. Leclerc spun and called on the radio saying he was stupid while Grosjean apologized to his team for the failure.

Alonso and his teammate in McLaren Stoffel Vandoorne were eliminated from Q2 together with Brendon Hartley and Sergio Perez.

In Q3 the battle was between the Ferrari drivers all the time. Bottas was second for a while but Raikkonen pushed him back while Vettel won the pole.

Vettel: We are damaging tyres more than others

Perez: It’s always special when you feel the power after 3 months away