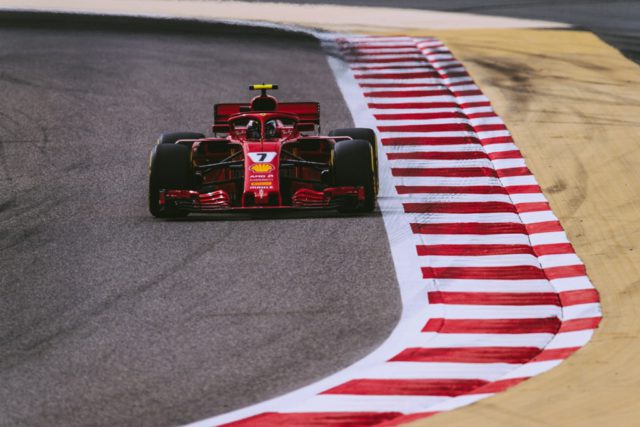 Kimi Raikkonen was fastest in the third free practice for the Bahrain Grand prix, second round of the 2018 Formula 1 world championship. His time was more than half a second better than those of Red Bull drivers Max Verstappen and Daniel Ricciardo.

It was an impressive display from Raikkonen although the conditions during the session were not representative of the qualifying. His Ferrari teammate Sebastian Vettel had a problem with a loose bargeboard at the beginning. Later he complained of “engine driveability”.

Meanwhile, Lewis Hamilton was fourth in the standings. The four-time champion had his gearbox changed last night. That means a penalty of five places on the grid. He could not find a good rhythm and made some mistakes during that practice as well.

Verstappen and Ricciardo made their first attempts with the supersoft tyres at the very end of the session. These laps were enough for second and third. It was an especially good performance from Verstappen who practically missed the whole first practice at the Sakhir circuit.

Nico Rosberg on pole for the Belgian Grand prix