Daniel Ricciardo enjoys the week of the Bahrain Grand prix after the hectic first round of the Formula 1 championship which was also his home race.

“The weather is warm, the paddock is modern, the hotel is amazing and it’s a really nice week that I enjoy after such a busy home race in Australia. It’s actually quite a tricky event as the practice sessions are in the heat of the day but the important sessions, qualifying and the race, are in the evening when the track cools so you have to be very adaptive with the set-up. Normally if you’re quick you don’t want to touch the car but in Bahrain, you are forced to as the conditions change so much in the evenings. The track is one that I’ve always done well on so let’s hope it continues to be good to me”, the Australian explained.

Right after the Bahrain race comes the Chinese round for the first back-to-back sequence of the 2018 season. 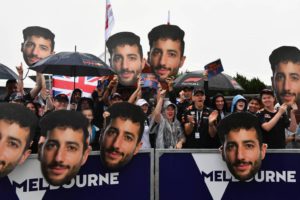 “Shanghai is a track that for some reason I didn’t initially get to grips with but over the years it’s become a track I enjoy more and more. It’s a super technical track, turns 1 and 2 are pretty crazy and hard on the front tyres but if you can manage that you’re normally in for a good race. I’m still yet to get a podium there but it’s always a track I’ve had good speed on so hopefully we will have a good chance with the RB14”, Ricciardo said.

“There are also some pretty hardcore fans in China and they get me to sign random photos from when I look about 16 walking around shopping centres somewhere in the world. I have no idea how they manage to get their hands on pictures like that, but the fans who come to the track are super passionate which is always nice to see. It’s also a really big and crazy city so I’m definitely going to try and explore a bit more of that this year.”

“The weekend is an interesting one as you only have one session to understand how the car behaves under the night race conditions because the other two sessions are during the day, so it’s a bit hot. The track itself is very technical, you have some slow corners and then you end up in some really fast corners which makes it a fun circuit. Driving under the lights is always nice as we don’t get a lot of opportunity throughout the year”, the driver commented. 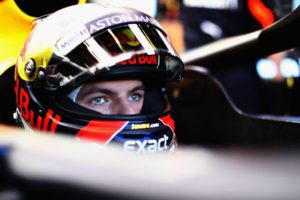 “The go-kart track there is really good, I had a world championship race there when I was younger. It was very new at the time but I really enjoyed it.”

“China was good for me last year with a podium. As the track is so wide it is good for overtaking, this usually leads to an exciting and action-packed race. It is quite heavy on tyres, the fronts especially. The Chinese fans are really passionate so I look forward to seeing them out in force again and us all having a great race weekend.”

Because 58 laps is never enough for @Max33Verstappen! ??@RedBullGames #F1 pic.twitter.com/oHaGpFSnA3

Østberg optimistic for Finland and with a new co-driver