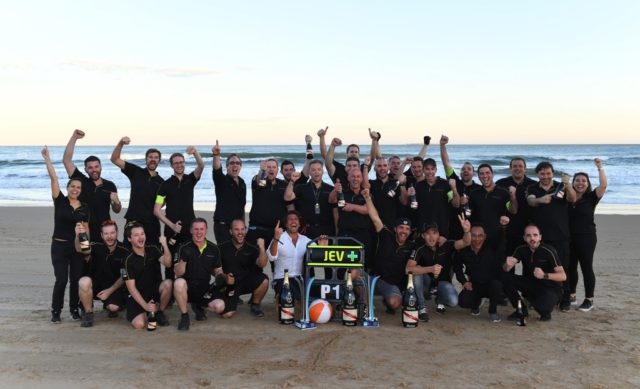 Jean-Eric Vergne fought off Lucas di Grassi to score a wonderful victory in Punta del Este. That was his second win of the season.

“I’m obviously very happy. I’m not focussing on the championship, but I’m focussing on each race. Obviously winning the race in those conditions is to me one of the best drives. Racing against Lucas, who is the current title holder, was really tough. I don’t think I’ve won that many races but it was one of the ones I’m most happy with in terms of my driving. Today winning races proves that hard work pays off. We’re the only private team and for us to beat the other guys, we have to work twice as hard as them”, Vergne commented.

“I had an amazing start off the line and had a fair and hard fight with Lucas for the rest of the race. Both Lucas and I knew that he had a faster car, so the only way for me to win was to not make any mistakes. One single mistake would have cost me the win.”

“Every point is crucial at this stage of the championship so it’s great to have the points from today’s race and from the pole position. There’s still a haul of points to play for and we’re not guaranteed anything just because we are leading the championship now. We’re all going to push even harder now to stay where we are and to further increase the lead. If Formula E history tells us anything, the championship isn’t won until the very last race. Big thanks to the whole team for the continued hard work, together we can take this,” added Jean-Éric Vergne.

P1! A perfect weekend to take our second win of the season. It was a great battle with @LucasDiGrassi – team did a top job to give me the car for the win & to extend our championship lead. Thank you for all your support guys! #PuntadelEsteEPrix #JEV25 pic.twitter.com/Jkfyzq8dUJ 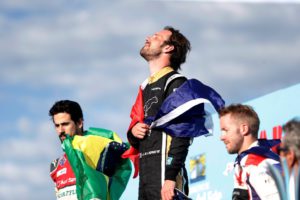 “Jean-Eric has really shown his fantastic talent, both in and outside of the car. He has really transformed over the last year and is a more mature driver now. We’re now leading the championship with 27 points, and I would like to thank the whole team for the hard work they have all put in. We’ve really come together as a team lately and it’s such a joy to continue to take some positive steps forward together”, he added. 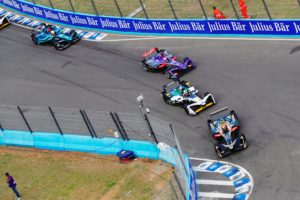 This lead to rear imbalance and Lotterer had to change the car early. Then he had to race on a lower consumption strategy but still managed to overtake Luca Filippi and finish in P12.

“I qualified P7 but lost a position under the safety car when Sebastien overtook me. I later touched the wall which created an imbalance in the rear of the car. The second stint went really well,” concluded Lotterer.

If this isn’t close racing, we don’t know what is!

This Polo is like a glove on my hand, Kristoffersson says