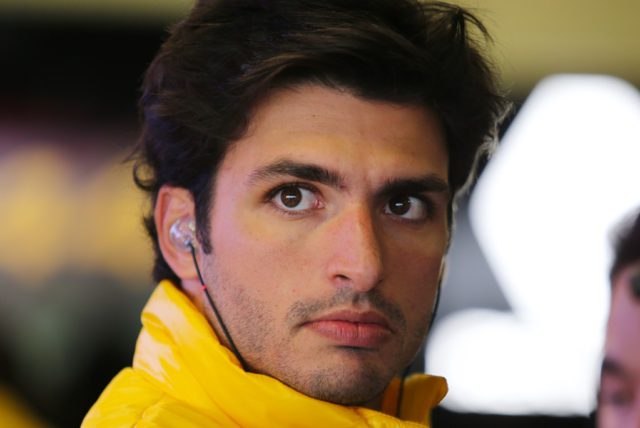 Renault Sport Formula One Team driver Carlos Sainz will follow in the footsteps of his double World Rally Championship-winning father when he takes on the final stage of the 2018 Rally Monte Carlo.

The 23-year-old Spaniard will make his Monte Carlo debut when he drives the 13.58km La Cabanette-Col de Braus Power Stage on 28 January in the New Renault Mégane R.S.

Carlos will pass through the stage as the VIP course car that checks the stage before the timed World Rally Championship contenders. The road starts in the Alpes-Maritimes surrounding the Principality of Monaco at 1,400m above sea level and descends through a series of tight hairpin bends before climbing again over a high mountain pass and ending at the Col de Braus.

For Carlos, this marks his official rally debut. His father won Rally Monte Carlo three times, in 1991, 1995 and 1998. A couple of days ago the 55-year-old Sainz senior won the Dakar Rally.

Carlos Sainz: “I’m really looking forward to experiencing Rally Monte Carlo for the first time. I’ve heard so much about it from my dad – how difficult the stages are, how the conditions can change in an instant from snow to rain or bright sunshine and of course how you need nerves of steel for some of those mountain passes and hairpins! It’s going to be a real thrill to take part in such a legendary event behind the wheel of a Renault Mégane R.S, which will be fitted with snow and studded tyres so I can get a more complete sensation of rallying around these stages.”

Fans will be able to follow the stage live as it will count as the rally-closing live TV Power Stage.

Loeb does not have a precise target for his WRC comeback

Gasly feeling confident despite a back grid position and reverting to the previous spec...

Verstappen does not agree with his Monza penalty