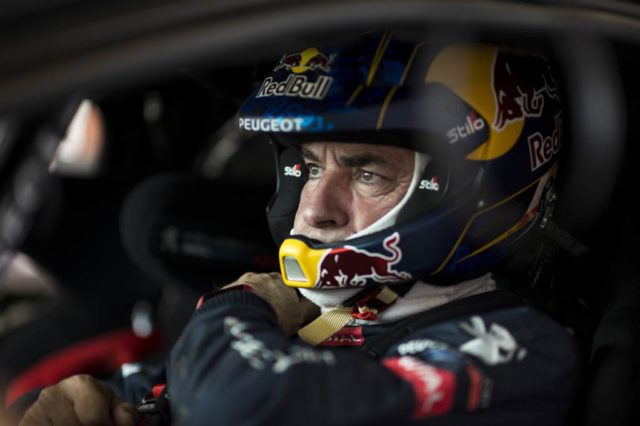 Today’s Stage 7 took the 2018 Dakar Rally from La Paz to Uyuni in 425 fast-paced kilometres. After enjoying a rest day in the Bolivian capital on Friday, the field took off for a ‘marathon stage’ where no outside assistance is allowed. With their crews in Tupiza, the competitors have to survive the day – and tomorrow – on their own.

Not only that, but the mud caused by the rain turned the day into a mechanical mess, seeing Peterhansel lose the overall lead after breaking his car’s suspension.

Having won on Thursday, Carlos Sainz started first today – and finished first. But it wasn’t plain sailing in between with the Team Peugeot Total driver quickly overtaken by his teammate and 13-time Dakar champion Stéphane Peterhansel.

That was until Peterhansel destroyed his shock absorber and rear suspension, losing 1h45 in the process. The third Peugeot driver Cyril Despres, who lost all hopes of overall victory on Tuesday with a broken wheel, stopped to help Peterhansel repair his 3008 DKR.

Sainz said: “It was quite difficult in the beginning, with a lot of hors-piste and drifting. Afterwards, we had good roads. It’s a matter of surviving; there is still a long way to go. Of course, now it’s a bit different, but we need to focus and get out of problems.”

In 19th place today and 19th overall, Laia Sanz arrived in Uyuni her bike covered of dirt. The KTM athlete said: “It was a very physical stage, with lots of sand at the start and tons of mud later on. It’s a shame that I got stuck in the mud, in the end, I lost a bit of time, but I’m satisfied. I’m just happy to be here with no problems.”