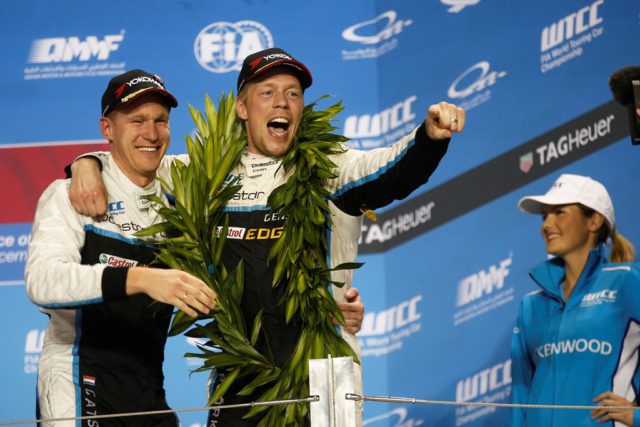 Thed Björk will be crowned FIA World Touring Car champion for 2017 at the FIA Prize Giving in Paris this evening. He will be WTCC’s last champion as the WTCR series will replace it for next season.

Here are some facts about Polestar Cyan Racing’s swift Swede.

1: Thed Björk, 36, became FIA World Touring Car champion for the first time in 2017, winning the title in a six-way showdown in Qatar on 1 December.

4: He scored two wins (at Monza and Nürburgring Nordschleife), one pole and three fastest laps during his title-winning campaign, making it through to the top-five qualifying shootout six times and helping Volvo Polestar to win the FIA World Touring Car Championship for Manufacturers.

5: Björk has 44 WTCC starts to his name, his first coming at Shanghai in 2013, which was also the venue for his maiden win in the category in 2016.

6: Born in the village of Vretstorp in Örebro County, Thed is the oldest of three brothers and although his younger siblings have raced, only Thed has done so at a high level.

7: He lives near Gothenburg, Sweden, and is married with one daughter and one son, Thor who was born on the night after FIA WTCC Race of Hungary in April 2016 (Thed cycled from the paddock to a waiting airport transfer for a flight back to Sweden in time for the birth).

8: Thed’s motorsport adventure began aged three when his father bought him a motorbike. “I did it every day but I crashed too much”. 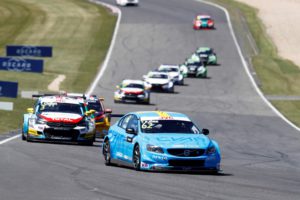 9: He got two more wheels aged 11 when a go-kart was purchased. “I was very happy with this because if I continued on the motorbike I would surely be probably dead!”

10: Watching a young Michael Schumacher coming up against Ayrton Senna fired Björk’s interest in circuit racing. “When I was 14 I decided I would be a racing driver and here I am.”

11: He left elementary school at 19 with no formal qualifications. But Thed said a season competing in the Barber Dodge Pro Series in the USA in 2000 was the best way to “educate yourself by meeting many interesting people”.

12: While he’s passionate about motorsport and family, current affairs and economics are also of interest to Björk.

13: His varied career has included stints in Swedish F3, the FIA Sportscar Championship, the DTM and the Camaro Cup in his homeland. He also contested the Le Mans 24 Hours in 2002, finishing P15 in a factory Courage C60.

15: Björk made his FIA International Formula 3000 Championship debut in 2002. But he failed to start his first race at Magny-Cours after Alex Sperafico somersaulted over the back of his car on the warm-up lap. He finished seventh on his next outing at Hockenheim.

16: When he’s not racing in the WTCC, Thed is a brand ambassador for Volvo and Polestar. He conducts significant testing and development work for both brands and attends media and launch events around the world.

Our last video of the year turned out quite well, join @Bjorkbm, @yvanmuller and @nickcatsburg behind the scenes in Qatar! https://t.co/SMgOs49ESY

Max: We were quick on every tyre compound