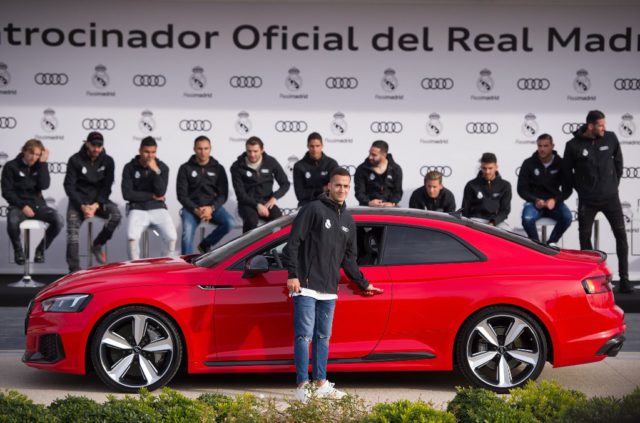 The players from Spanish record champion Real Madrid will be driving Audi cars again in the new season. The football stars received their personal models in the Spanish capital city. Before the handover, the players changed from their football outfits into racing suits. In simulators, they were able to get an impression of the Audi e-tronFE04’s handling, Audi’s fully electric race car in Formula E. 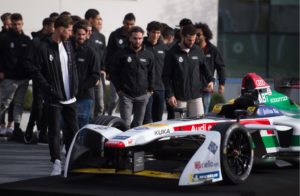 Before the handover of the company cars, the Real Madrid stars performed a virtual test drive in the Audi e-tron FE04

The fully electric race car will have its first official outing at the Formula E season opener. The first race of Season 4 is in Hong Kong (December 2/3). In addition to the players from Real Madrid, a number of fans qualified for a lap in the race simulator before the handover as well. Dani Carvajal finished as the fastest driver on the circuit inside the replica Formula E cockpit simulator.

Audi has been partnering with Real Madrid since the summer of 2003. The club won three of the most recent four Champions League titles. In 2017 was the first team to even defend the title in the premier competition.

Our interpretation of a top-down perspective. ? #Q7 #etron pic.twitter.com/bb7GxeWyCD

Tanak claims the lead in Argentina

Toto Wolff: You need to put the finger in the wound, identify your weaknesses...